If you’re looking for more X-info, head over to my Definitive Guide to Collecting X-Men Graphic Novels. Or, for a more basic approach, my Intro to X-Men (on a budget). 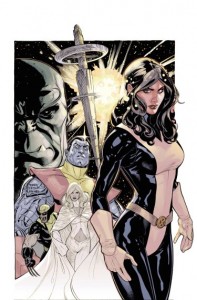 CK Says: Consider it. Kieron Gillen takes over Uncanny full-time and quickly solidifies his A-team as Cyclops, Emma Frost, Magneto, Namor, Kitty, and Colossus and uses them to delightful effect. The .1 issue is a one-off anti-terrorist adventure intercut with Magneto’s meeting with a public relations expert trying to downplay his own terrorist history.

The Breaking Point storyline plays out a dangling plot from Whedon’s Astonishing X-Men, but it gets a little tiresome. #539 is a Wolverine and Hope one-shot, which maybe features the first likeable take on Hope we’ve seen so far. On the whole this collection is good-not-great, but it’s as enjoyable as Uncanny has been in a long while.

(Uncanny X-Men always releases direct-to-TPB except for events and crossovers.)

Keep reading for the list of other collection editions out from Marvel this week, plus a few of their later add to last week’s list that missed the cut for my recap.

First, let’s peek at the other X-collectons of the week. 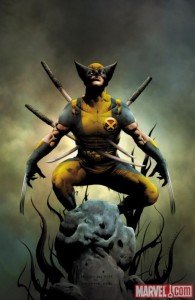 Deadpool: All in the Family TPB – A slim collection including three orphaned Deadpool one-shots, Deadpool Family, Cable #25, and Deadpool & Cable #26. Cable #25, which occurs parallel Messiah Complex, was previously collected in Cable, Vol. 4: Homecoming. However, this is only place to acquire #26 at the moment. If the Cable series is subsequently into Ultimate Collections it might appear there.

New X-Men by Grant Morrison, Book 5 Digest – One of the best arcs of Grant Morrison’s New X-Men, “Riot at Xavier’s” played with with the sociological implications of mutant being maintain. It also feature Quentin Quire, the rowdy purple-haired psychic who who kicked off the events behind Schism. Collects New X-Men #134-138 in a pocket-sized digest. (or, grab it full-size in New X-Men Ultimate Collection, Vol. 2)

Wolverine: Wolverine Goes to Hell TPB – I’ve learned that I need to recuse myself from Wolverine reviews so long as he’s written by Jason Aaron, as I harbor nothing but a seemingly boundless hatred for his faux-shocking writing. Here Wolverine’s soul is stuck in hell with his many enemies while his haunted body wreaks havoc on earth. Collects Wolverine Vol. 4 issues #1-5, plus some brief material from “The Road to Hell” one-shot. Of note, those Jae Lee covers do not reflect the interior art. (Also available in hardcover)

Now, for the other Marvel collections out this week (and a handful from last week that didn’t crop up in my research at the time.): 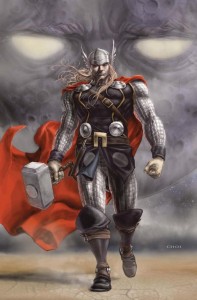 Astonishing Thor Hardcover – Collects the five-issue mini-series of the same name. (Available for pre-order as a TPB)