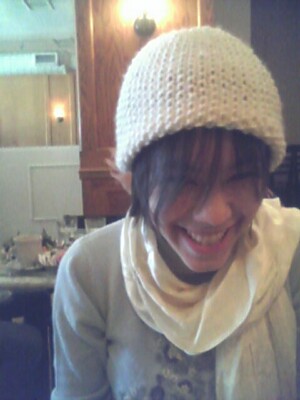 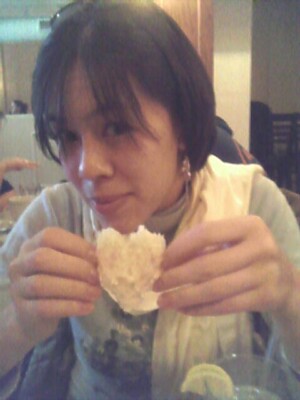 Days keep fading into one another the way they did in high school, with nothing to mark the progress. Do you know why i can’t remember high school? Because i only have songs as signposts – no conveniently cryptic blog to inform me of my feelings.

That’s how i feel about the last year and a half. Yes, the blog is here, and it does its job of marking some of the months that have passed. Others? I can’t even tell how i got to here from September. In September it was my birthday and i was in New York and seeing everyone i know and drinking way too much wine, and here i am two months to the day.

It might have to do with my cell phone. I “lost” it just after my birthday weekend, taking with it connections to friends old and newly acquired. For a few days it was liberating – no vibrating outreach to be beholden to. The newness wore off shortly, and suddenly i felt trapped, as if i couldn’t speak to anyone outside of my co-workers or Elise. I watched their emails pass by with me on carbon copy as if on the seeing-through side of a one-way mirror, ever observing and never responding.

Or maybe it doesn’t have to do with my cell phone. Maybe it has to do with my stupid resolution a year and a half ago to spend a year only caring about work and staying happy with Elise and monitoring my budget and playing City of Heroes, and now that i’ve quit the latter and achieved equillibrium on the middle two i find that all i know how to do is first thing first thing first thing. Even when i am at home. Sometimes when i am asleep.

It’s not such a bad thing to know how to do at the age of twenty-four. I draw a melange of amaze/amuse -ment from my co-workers and superiors in my zeal for things, my “cools!” and “sounds funs!”

If only they knew; the things in that building really are the cools and sounds funs right now. And, that is how you lose two months of time without really trying. 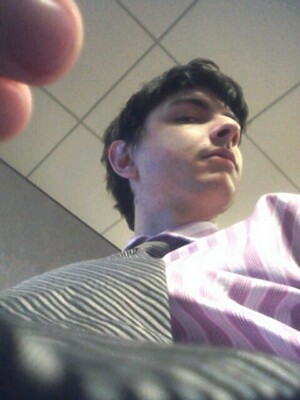 Sometimes i am completely capable of doing something right even when i am sure that i’m not.

Our wireless network was all sorta of wonky. Elise’s laptop was connecting with a wire, her desktop’s connection was dotty, and my computer suddently disconnected from the network every time i checked my imap email. Taken singly the problems might have seemed surmountable, but not all at once. Feeling utterly helpless, i disconnected the wireless modem last night and made no attempt to fix it.

Fast forward a little over 24 hours, and i have a hankering to check my email. I could just plug into the wired connection… if i wanted to be a fucking wuss. But, no. This is simple consumer technology. The only thing standing in my way are three separate operating systems. Everything else is a matter of logic. In some instances logic and instructions written primarily in German. So, mostly logic.

To make a long story short, an hour later here i am posting wirelessly once again. I could be doing the same thing from either of Elise’s computers if i felt like it. Was it simple? No. Did i break and mistakenly delete things along the way? Of course. But i figured out the problem my damn self.

Between this, riding my bike to work, crashing my bike and not dying, subsequently exchanging my bike with no argument, throwing a successful wine & cheese party (wait, i’ll get to that one), and not going to the ER despite being convinced i had broken my hand (although i most certainly hadn’t) i have had a very capable seven days.

Moral which i already knew: you can’t succeed at what you don’t try. Time to employ moral: Seven days down, lifetime to go.

Now that Philadelphia is experiencing a transit strike I count myself amongst this fine city’s proud cycling commuters.

If you were to ask me how I feel about this, i would reply “absolutely terrified.”

Riding my bike to and from work may, in actuality, be a good idea. That doesn’t stop me from being so terrified, though. In this case, along with the vast majority of other cases, i blame my mother. She never taught me *how* to ride in a street. As far as i knew, only hooligans who didn’t value their own lives rode in the street.

Quite to contrary, commuting cyclists are by no means expected to ride on sidewalks. It’s considered to be more dangerous, and in some places it’s even illegal! Yet i have no concept of how to ride my bike on the street because i was never allowed to. In fact, now that i think about it, aside from trips to my grandmother’s house i can only recall two times i rode a bike while not under my mother’s supervision, and they were both in college. Not only do i not know how to ride in streets, but i only know how to ride with my mother barking things at me from her adjoining vehicle.

(Incidentally, i also blame my mother for a day-long Italian-mother guilt trip she laid on me regarding the fact that i am now taking my life into my hands by riding a bike, and that she is convinced i will be “doored” by a park car as many other unfortunate souls have directly preceding a trip to her ER.)

This morning i walked my bicycle at all points above Broad and Vine due to my vast mother-induced fears. This makes me, in the words of elderly bike curmudgeon John Forester, an unrider.

At work, I decided that i would not be bullied into unriding a $200+ dollar piece of aluminum around the city. I read the highly recommended Bicycle Safe for an absolutely unapologetic guide to avoiding the ten collisions most common to bike commuting, and the informative and spiffy Bicycle Coalition of Philadelphia informed me that all city bike shops were performing free bike safety check. A free bike safety check sounded like a wonderful way to assuage my fears, so i headed to the conveniently located Breakaway Bikes.

And, well, it didn’t, because i discovered that my bike’s wheel was noticeable bent and had probably been that way since i left Target with it last night. But, i left feeling empowered. I had went to a bike shop. I was becoming an informed consumer and commuter.

I’d love to say that the story ended there, happily. Unfortunately, and with a cruel sense of irony, i feel compelled to report that I fell off my bike twice – TWICE, the only two times i can ever recall falling off of a bike – both in the parking lot of Target as i went to exchange my bike. One was a full on, head-over-handlebars tumble that has left my left hip scraped, my right leg highly disfunctional, my left hand sprained badly enough that i wince every time i spot a guitar, and myself even less sure on two wheels than i was this morning.

In about nine hours i’m due to mount my bike and ride to work, and thanks to the convenient convergence of my mother and my own parking-lot clumsiness i am convinced that with every rotation of my gears i am spinning closer to a sure and sudden death. And, in this terrible sureness of my own demise, one thing keeps me aimed true for that pillow-padded saddle seat: if i commute six miles a day by bike i will eventually become both physically and conceptually more attractive.

Hopefully that happens before the death part.