Last night E and I dressed up as Head Six and Dr. Gaius Baltar, respectively, from the cult Sci-Fi hit Battlestar Galactica. 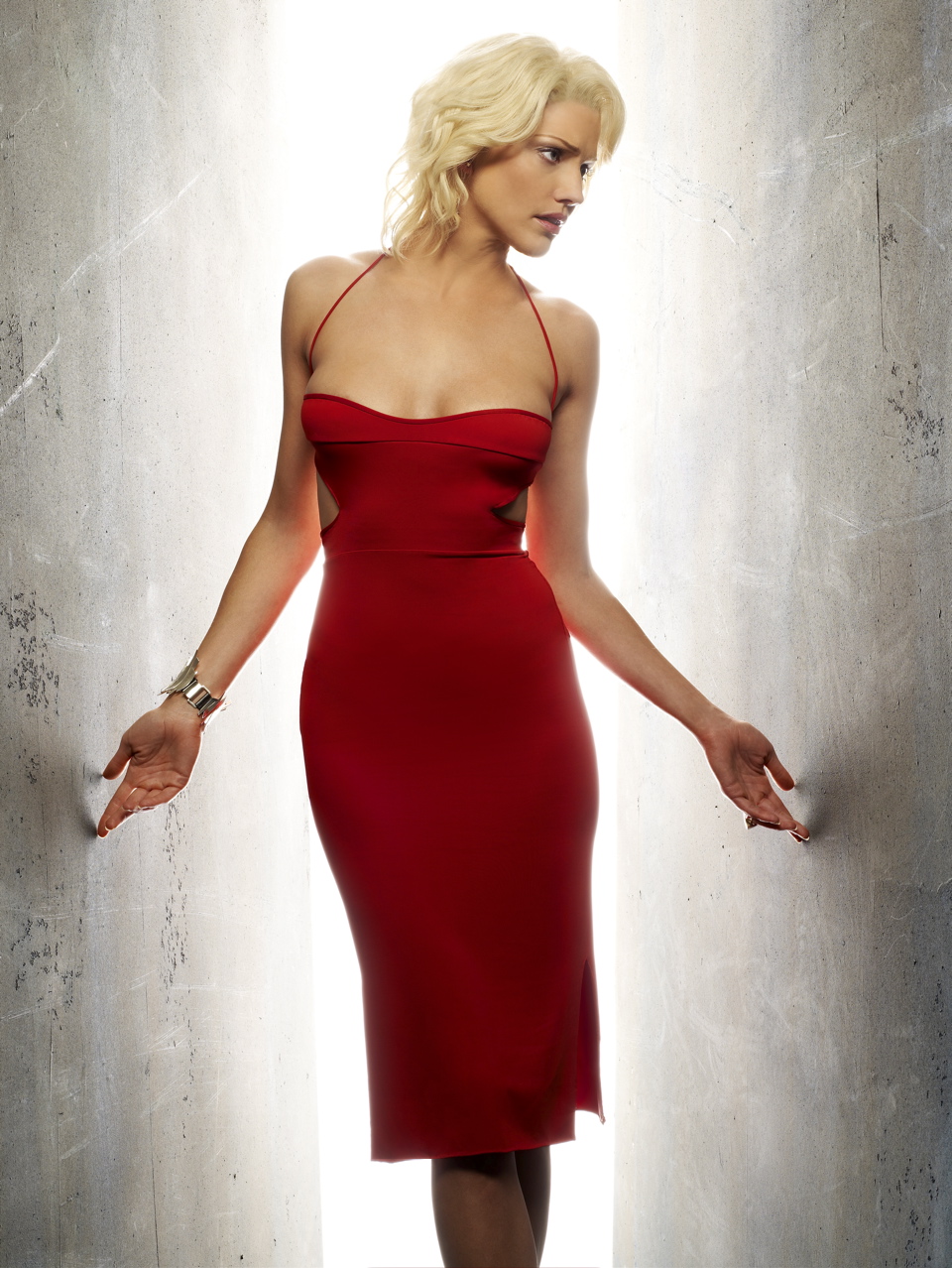 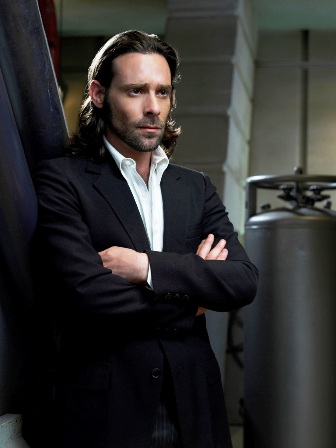 E is not in Six’s standard spaghetti-strap dress, but Six can be spotted in this style at least once in the series. Also, note the spot-on bracelet and ring, which E made herself. My costume was much more subtle, as I was effectively E’s accessory for the night. I simply grew some scruff and slicked back my hair. For fun, I carried two corner-cut Vice-Presidential memos (as we were ostensibly circa seasons one and two – post appointment to VP, but pre swearing-in as president). One memo was the results of tests with the Cylon Detector. The other was a draft of Gaius’s inaugural speech, complete with parenthetical asides to Head Six (presumably floating over his shoulder in devilish fashion as he wrote it). Writing in the Dr. Baltar voice was very fun.

Out of two parties four people knew who we were. The best comment we received was by far:

I’m not sure who you are, but you both look really sexy. You should introduce yourself as, “Hi, I’m sexy.”

Oh, and SyFy – né Sci-Fi – the purveyors of the show we paid homage to, thought we were “Awesome!”