You are here: Home / consume / reviews / Recommended: Rufus Wainwright – All Days Are Nights

Krisis’s Recommended Releases of 2010:
Rufus Wainwright – All Days Are Nights: Songs for Lulu

If there’s any accusation most frequently leveled at Rufus Wainwright, it is about his excess. His arrangements have escalated ever since his 1998 self-titled debut, swelling past baroque chamber pop on his double-album Want until the sound seemed to become the point on Release the Stars, swallowing up a weak group of songs.

That the intervening release was a note-for-note recreation of Judy Garland’s classic “Judy Live at Carnegie Hall” does nothing to defuse the accusation. 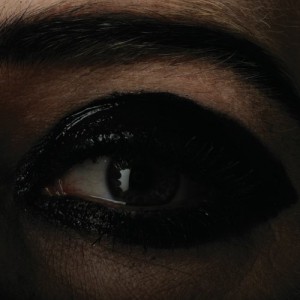 All Days Are Nights is a bracing reversal of course – an entire album of Wainwright completely solo at the piano, unleashing intricate, complex, classically influenced piano and carefully controlled vocals. No production tricks, string ensembles, or choirs of 128 Rufuses in angelic harmony.

Just on the level of engineering the record is a beautiful thing. Wainwright’s piano is giving the loving attention of a recording of Debussy preludes, and his baritone is crisp and close, dressed with just a layer of reverb. Gone is the prickly, pinot grigio edge on his younger vocals, in favor of a deeper, richer resonance.

But this record isn’t just about sound – it’s a formidable group of songs. It’s about the twinkling cascade of arpeggios on “Who Are You New York,” chasing a fleeting ghost from Grand Central Station to Madison Square Garden. It’s about the loose Joplin rag and tossed off insults of “Give Me What I Want and Give It To Me Now,” seemingly containing more simultaneous notes than Wainwright has fingers. “What Would I Ever Do With A Rose” seems an impossible challenge to sing, as the melodic content of the calm vocal floats far above the rippling arrangement beneath it.

The middle of the album sets music to three Shakespeare sonnets – 43, 20, and 10. The songs are more impressionist than melodically immediate, the first two a palette of cool piano, the third fluttering and alive, each with painterly swaths of melody evoking a mood more than they are reciting a poem. 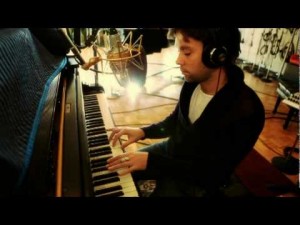 “The Dream” is the sole pop song of the album, even in its nude state evoking the majestic sprawl of Want One. Both the piano and melody cleave to a more modern aesthetic of discernible chord progressions and repeated refrains before exploding into spectacular aerobics. A love song of planetary scale, it narrates “The dream has gone away, the Earth could not play,” before accusing “the Earth just spins in place, throwing things away … I am left behind, corrupted crushed and blind.” Eventually it explodes into rising and falling riffs running like shivers up and down the keys of the piano, like the crescendo of “Cigarettes and Chocolate Milk” spread out across half a song.

You might miss the production aesthetic at points. “True Loves” is as lovely as the Danube Waltz with its bright, clanging seventh chords, but Poses and Want producer Marcus De Vries would have turned it into an epic. Simple “Zebulon” implies an acoustic guitar to sketch the sinew between suspended, unbroken piano chords. “My mother’s in the hospital, my sister’s at the opera,” Rufus confesses, “I’m in love, but let’s not talk about it. There’s so much to tell you.”

All Days Are Nights feels like a previously unknown album of classical piano music that happens to be accompanied by vocals – I half-wish Wainwright has released an accompanying CD of just the piano arrangements. So many classically trained pop music artists disappear behind their hooks and production, obscuring their daunting talents in favor of accessibility. Since Rufus was never too accessible to begin with, it’s a thrill to hear him stripped bare – more a composer than a songwriter.

Hearing how complex Rufus Wainwright is without a single collaborator seems to at once justify and dismiss his past excess – is there any artist more deserving of it, but for who it’s more unnecessary? Even stripped bare there’s something excessive about his talents, an overwhelming beauty that’s so much more refined now over a decade after we first glimpsed it.