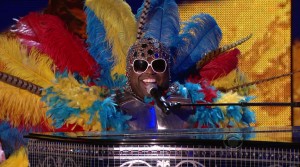 Cee Lo has a peculiar genius, as well as the instincts to produce two of the most massive hits of the past decade. I’m expecting some incongruous match-ups out of him that will be more about finding The Voice than obvious battles. I think he’d ditch anyone – even Kelsey – if it meant finding out something interesting about another competitor.

The battles? For some reason I’m really feeling the Thompsons against Curtis to see who breaks out of their box first. Also, some combination of Vicci, Nakia, and Emily to see who can reign it in faster. Niki is unfortunately going to get sacrificed to Kelsey or Tje. I would die of shock if he put Tje against Vicci, because I think they’re his favorites at the moment.

Check back tomorrow for the mentor that assembled what might be the best team of them all – Adam Levine.