You are here: Home / consume / reviews / Grading The Voice: An Introduction

I gave up television because of American Idol.

It’s true. It was 2004 and I was obsessed by it and angry with it. I looked at myself in the mirror and realized I didn’t want to have that kind of relationship with television. 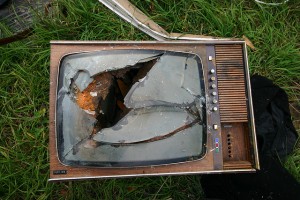 Despite giving up broadcast television entirely, I still followed Idol by way of video swatches through Season 8. There I felt like I saw the two halves of my musical taste duke it out on screen – the artistry and interpretation of Kris Allen versus the genre-bending showmanship of Adam Lambert.

That was it for me and Idol. I thought I’d finally be free of televised singing competitions.

Then, in the past week, I started to hear about The Voice. (Remember, I don’t have the benefit of TV commercials to inform me of these happenings. I read about it on the internets.)

Four relevant, millions-selling artist mentors meant be constructive rather than destructive in their search. A search not for comically bad auditions, or style over substance. but for a remarkable, memorable voice.

The Voice. Which, aside from original Idol Clarkson, Cowell and Co. have never truly managed.

The glowing reviews wore down my “no television” stance far enough that I sampled a smattering of auditions last night. I was completely blown away. Of the four I sampled, even the worst one was someone I’d consider buying an an entire album from.

It begs the question – can a voice be relevant without an image? What if one of the contestants has a face for radio, an issue presaged by that Buggles classic? What happens after the blind audition is over and a mentor gets stuck with someone fugly? 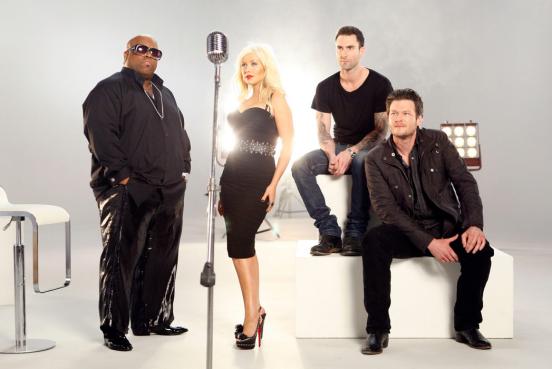 Begrudgingly, I was hooked enough to want to find out. I spent last night last night watching the first two episodes of this madcap show that’s a twisted concoction of X-Factor, Hollywood Squares, and The Dating Game.

The audition rounds fascinated me because the judges experienced the contestants the same way I listed to Idol for half a decade: blindly. I heard the songs on the internet without the hoopla of their sob stories, stage lights, and snarky judge comments. Someone might have had a pretty face and visual panache, but were they behind the beat? Did the big diva go flat on all of her major melisma moments? I noticed this stuff while watchers ooh-ed and ahh-ed at the stage show.

On the other side, I am these contestants. I’m a singer. I’m an artist who has spent many years trying to turn heads in my direction. I’ve tried subtlety and screaming. The results depend on the room.

The auditions of The Voice were a solid B. Despite a lot of repeated soundbites and constant awkward interruptions by a bumbling, arithmetic-spouting Carson Daly, the three hours of show flew by. Never too long with one contestant, just enough time in the undeniably magical presence of the mentors.

So which voice was The Voice? How do each of the judges’ teams stack up?

I’ll follow up with a post on each judge’s team to get you ready for the subsequent (scary-sounding) battle rounds.