You are here: Home / consume / comic books / X-Men on a Budget: Intro to X-Men 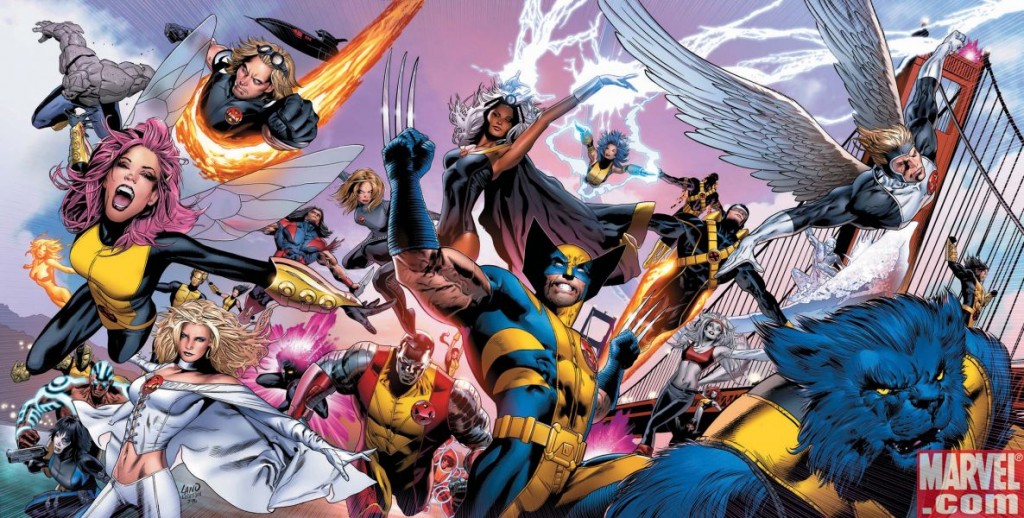 Does this describe you: You dig the X-Men – from the movies, cartoons, toys, or video games – but you’ve never read a comic book.

It’s not so unusual! In the nearly fifty years since their introduction in 1963 The X-Men have become a ubiquitous pop culture presence – making the word “mutant” synonymous with being a superhero.

While it’s easy to be an X-Fan without ever touching a comic book, if you’ve never read a comic you’re missing out! At their best, X-Men comics far outstrip their representations in any other medium.

However, it’s hard to know what’s “best” with almost 50 years of comics to choose from – over 3,500 individual issues of dozens of titles. Plus, those comics are collected in hundreds of “trade paperbacks” or “graphic novels,” making your entrance into comics even more confusing. I created a Definitive Guide to Collecting X-Men to help, but it’s still hard to know where to begin.

What to do? Try this – a budget path to becoming a quickly well-read X-Men comics fan. 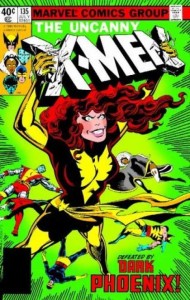 Why? The 1980-81 Dark Phoenix Saga remains one of the pinnacles of the X-Men’s long history, as well as one of the most widely acclaimed stories in all of comics. It takes the team from the New York sewer to a distant galaxy, with displays of powers and pathos throughout. Writer Chris Claremont does a great job of introducing each character and explaining what they can do, which makes this a perfect starting place. (Watch out – there’s also a $75 hardcover with the same title and issues – it’s not worth it!)

Why? Witness the end of Chris Claremont’s unparalleled era of solo scripting as well as the pinnacle of X-Men’s popularity with this multi-million selling introductory arc from 1991-92. This affordable hardcover pits the team against Magneto, Sabretooth, and brand new foe Omega Red. If you loved the 90s X-Men cartoon this version of the team will seem very familiar to you.

Why? Notable comic author Grant Morrison was brought in to reboot the X-Men’s secondary title to be more palatable to fans of their hit movie debut. As long as he slimmed down the roster and slipped them into black leather he was allowed a slew of liberties, like killing millions of people and breaking up a marquee Marvel romance. While his fast-paced, sci-fi laced writing can sometimes be off-putting, there’s no denying he plotted one of the best introductory arcs the X-Men have ever seen. 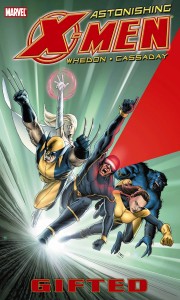 Why? Buffy the Vampire Slayer creator Joss Whedon took the reigns in the wake of Grant Morrison and started with a hugely entertaining blockbuster arc. He maintains Morrison’s brisk pace, but focuses more on finding the definitive voice of the characters – especially fan-favorite Kitty Pryde. This story sets the scene for the last few years of X-Men, with Cyclops and White Queen in charge of the mutant race.

Why? This one is advanced level reading! Messiah Complex represented a huge change in status quo for the X-titles as the teams scrambled to find the first mutant baby born since the species was decimated. The process is a cinematic adventure that pits friends against friends, features some brutal fights, and fractures several long-time bonds across the X-Men. It lives up to its “complex” title, so be prepared to not recognize much of the huge cast of X-Factor and Academy-X students.

Why? Enter the modern age of X-Men, with the entire mutant race pulling up stakes from New York to move to San Francisco. This book captures a brief arc that followed Messiah Complex as well as a collection of short stories that will help you get to know the newer characters. From here you should be ready to pick up any newer X-book. (Beware, there is a second title with the same name and a different cover).

This is the first post in what could become a new series, so your feedback is appreciated! Are you a longstanding fan with a different where-to-start suggestion? Are you a new fan who nabbed one of these books and came back confused? Or, are you already started, and need second-step suggestions? Let me know in the comments.