You are here: Home / Personal / topics / stories / I’ve got a beautiful feelin’ nothing is goin’ my way.

I think Mel should tweet the punchlines to all of my posts before I write them.

I’m not sure I can make this story any funnier than that tweet, other than to point out that there is clearly some sort of voodoo curse on our car.

Early in my process of learning to drive I decided it might be a good idea to save our local service center’s number to my phone. You know, in case I got stuck in a situation where knowing the price of, say, a new car door would impact my decision-making.

Being a denizen of the mobile age, I punched “Ardmore Toyota” into my phone’s Google search, added the number to my contacts, and went on with my life. Thankfully, I didn’t have any occasions to call them while I had my learner’s permit, aside from inquiring about getting an iPod dock installed.

A few weeks ago I called to get the price of my replacement car keys. Oddly, all of the hold messages were spoken in a southern drawl. Why would a dealership in Philly advertise with a southern accent, I wondered. It seemed a little counter-intuitive, given the well-to-do, perfectly-coifed mainline clientele they serve.

My question was answered this week when I ordered my keys. Everyone I spoke with had a southern accent! Clearly our local Toyota dealership was a family-owned business, and the family was transplanted from The South. Why not have hold messages with accents – their accent is part of their brand! They assured me that getting a Saturday appointment would be no problem, even if I called on Friday.

Wow, I thought, our dealer is awesome. They made their regional heritage part of their brand identity, they had plenty of Saturday appointments available, and they were all so darn friendly even though I speak about four times as fast as they do.

On Friday I dutifully called to make my Saturday appointment. At the time my cell was buried under a pile of proofreading, so I Googled the number and used my desk phone to call. 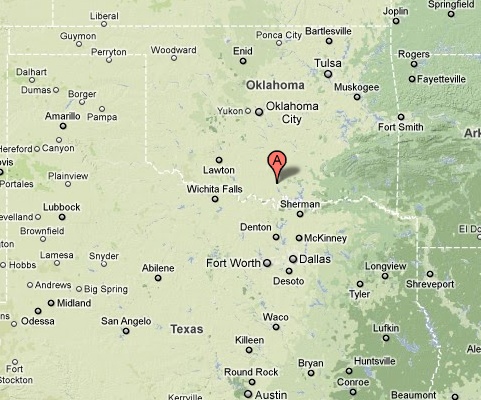 Ardmore the county seat of Carter County, Oklahoma, United States, and is generally considered the hub of the 10-county region known as Arbuckle Country or Lake and Trail Country. It is located 90 miles equidistant from Oklahoma City and Dallas/Fort Worth. Ardmore was named after the affluent Philadelphia suburb and historic Pennsylvania Main Line stop Ardmore, PA.

Weirdly, the dealer had no record of my order. And, even stranger,  no one I spoke with had a southern accent.

While on hold while they looked up my order confirmation again I glanced back at my computer screen and saw that there are two Ardmore Toyotas. One in the Philly suburbs, and one IN ARDMORE, OKLAHOMA.

I gingerly hung up the receiver and called over the wall to Mel.

Me: You know how I ordered those car keys on Tuesday?

Mel: To replace the ones you lost in the middle of a field in broad daylight, possibly stolen by some sort of highly intelligent vole?

Me: Yes, those. I think I may have ordered them from Oklahoma.

Mel: You mean, they had them in stock in Oklahoma and are shipping them to you?

Me: No. Like, now I have to drive to Oklahoma to pick them up.

To Ardmore of Oklahoma’s eternal credit, they do outstanding PPC mobile search targeting, and they were very good-natured about shipping my keys to Philadelphia.