Being the Amazon addict that I am, I love it when a package arrives every week … which means I’ll be crying myself to sleep every night this week, because Marvel is not releasing any new X-Collections! Totally lame.

What’s a rabid X-Fan to do? Well, for one, surf my Guide to Collecting X-Men to find an older X-Men collection you’ve missed out on. Not only that; I’m taking this down week to recap the collections from June, which was absolutely packed with juicy X-books to buy!

Also, see below for the paltry three books Marvel has out this week, plus the massive list of their June collections. 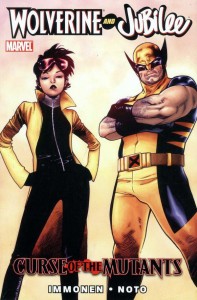 CK Says: Buy it! Last September “Curse of the Mutants” put fan-fav X-sidekick Jubilee through the wringer, but didn’t really deal with the ramifications of the big change in her life. This series does just that with a creepy-yet-comedic mystery exploring Jubilee’s new outlook on the world. Writer Kathryn Immonen strikes the best tone on Wolverine/Jubilee interplay since the 90s. I also love her version of Rockslide’s charming hero-worship and crush on the pair, respectively.

While the mystery gets a bit fuzzy in the middle, by that point you’re hooked by Immonen’s writing and Phil Noto’s crisp, Adam Hughes esque artwork – especially the specific, expressive facial features. With Jubilee playing a leading role in this fall’s X-Men re-launch, this is better required reading than the “Curse” schlock that came before it. (Also available for pre-order as a TPB) 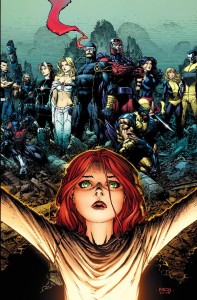 CK Says: Buy it! While I was initially a little disappointed with the “Second Coming” crossover, there is no denying that it is the most explosive X-Men event of all time, packed with universe-altering developments. The editorial team has worked out the minor pacing issues from Messiah Complex, and here they effectively intercut between multiple fronts to thrilling effect. If you are a major fan of Rogue, Nightcrawler, Cable, or Hope, all get major panel-time here. (Still available from resellers at reasonable prices as a hardcover – which I’d recommend even more)

What other collections were out in June that I consider Must-Buys? And, which two lonely TPBs merited a skip? Keep reading to find out.

CK Says: Skip it. While I have great love for Phonogram team Kieron Gillen & Jamie McKelvie, this book is a waste. What should have been a two-shot introduction of the final member of the team is bloated by a factor of two, and we don’t learn too much about the GenHope team along the way. This directly follows Uncanny X-Men: Five Lights.

CK Says: Consider it. Mystique’s solo series was packed with espionage action along the lines of Alias, only with mutant shapeshifting powers instead of wigs. If you love the villainous blue babe from the movies you might be slightly surprised with how articulate she is here – for what she lacks in morals, the comics version of Mystique makes up for in repartee. (The preceding issues are collected in Mystique by Brian K. Vaughn) 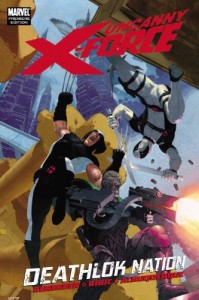 CK Says: Buy it. Uncanny X-Force is the best book Marvel has out in 2o11; last week’s issue nearly made me wet my pants. Even this seemingly dull storyline about Deathlok cyborgs sent from the future was an utterly thrill-ride with plenty of character development, and it’s still a part of the overall Apocalypse theme of the title.

CK Says: Consider it. This is the first Uncanny X-Men collection with Keiron Gillen as full-time scripter, and the difference in tone is palpable. Quaratine is a fun, fast-paced adventure that makes quick work of the X-Men A-list of Wolverine et al, leaving a team of Angel, Dazzler, Pixie, and Northstar in the field (all my favorites!). Notable pose-tracer Greg Land seems to loosen up under Gillen’s pen, and the action looks all the more dynamic for the change.

CK Says: Buy it. Like the Moonlighting of the X-Men universe, Peter David’s X-Factor is a collection of capable superheroes that make for a fumbling team of detectives who seem to get into more trouble than they solve. This misadventure finds the team in Vegas, but that’s not their final destination – and why is the team facing down Thor? I loved this book, and laughed out loud through it. One of the funnier editions of X-Factor. (Also available in hardcover) 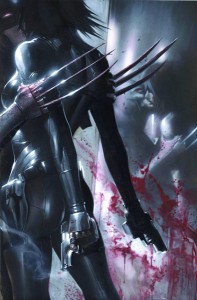 CK Says: Consider it. X-Force’s celebrated writers Craig Kyle and Chris Yost return for an encore on this limited series, telling the untold tale of Wolverine and Domino getting mired in a shoot-em-up. Sumptuously painted by artist Gabriele Dell’Otto, the book is a like a 90-minute action movie – a big bang just long enough to empty a popcorn bucket. It includes Wolverine and Domino’s first flirtation from the Morrison-scripted New X-Men. (Also available in hardcover, and forthcoming in over-sized hardcover in 2012.) 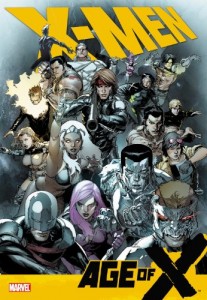 CK Says: Consider it. I know, it’s sacrilege in the fan community to be anything but head over heels for this semi-alternate-reality run. And, be sure, it is great – strong character work from Mike Carey and utterly gorgeous art from Clay Mann. However, it’s a slow burn, and not entirely relevant to the goings on in X-books at large. Verdict? If you love an awesome standalone story, go for it. (Also available for pre-order as a TPB)

CK Says: Skip it. This collection of Second Coming tie-ins mostly fails for the complete irrelevancy of the double-dipped X-Factor issues, which appear verbatim in their own separate collection. Otherwise, it could get by on the strength of Hellbound, where a team including Gambit, Cannonball, and Dazzler invade hell to retrieve Magik, disposed of early in Second Coming. (Also available in oversized hardcover, to match the size of the main crossover book)

CK Says: Consider it. This is a weak consider it – I’m not a fan of this collection of Wolverine, Storm, and Emma Frost tramping around the NYC sewers with Spider-Man in toe, but it’s serviceable X-fare. Bachalo is in decent form, and Gischler writes a snark-filled Frost, but this slim plot just goes in circles. Add to that a slow Xavier flashback issue and an archive annual and it’s just the middle of the rode. (Available for pre-order as a TPB)

Other X-Collections of the month of June:

X-Men: Serve and Protect TPB – A surprisingly enjoyable anthology title, mostly on the strength of a rather hilarious Kyle/Yost-penned feature story of Rockslide and Anole pretending to be masked heroes.

This week in Marvel non-X collections:

Anita Blake: Circus of the Damned Book 2 – The Igenue Hardcover – Collects issues #1-5 of a limited series of the same name.

Thor: For Asgard TPB – Collects the mini-series of the same name, with art by Simone Bianchi – one of my favorites. Includes material from Thor: Spotlight. (Also available in hardcover)

And, Marvel’s non-X collections from June. First up? Their swath of Captain America books, in order of their place in continuity.

Captain America by Dan Jurgens Vol. 1 TPB – Collects Captain America (1998) #25-34. (A second volume is available for pre-order and is out later this month)

Here’s the rest of Marvel’s collected offerings from June:

Avengers vs. Pet Avengers TPB – Yes, there was really a mini-series by this name. I’m sure you want to read it very badly. This collection also includes material from Spider-Man Family (2007) #6.

Black Widow: The Name of the Rose TPB – Though I haven’t read this myself, it qualifies as a must-read purely on the creative team – Marjorie Lui and current Uncanny X-Force artist Daniel Acuna! Collects Black Widow #1-5 and material from Enter the Heroic Age. (Also available in hardcover)

Daredevil: Reborn Hardcover – Picks up Daredevil’s story after the close of Shadowland. Collects a limited series of the same name; it was not a fan favorite. (Available for pre-order as a TPB)

Deadpool Vol. 1 Oversized Hardcover  – If you enjoy your Merc With a Mouth in large installments, this is a book for you. It combines the first two collections from Deadpool’s current ongoing solo series, including issues #1-12 and a Dark Reign crossover into Thunderbolts #130-131. (Previously collected as Secret Invasion & Dark Reign.)

Marvel Masterworks: The Mighty Thor Vol. 3 TPB – A paperback reprint of the MMW that collected Journey Into Mystery 111-120 & Annual 1. Fan consensus is that the reproduction quality on these TPB volumes is outstanding! (Still available in the original hardcover edition)

One Month to Live TPB – An intriguing mini-series concept follows a normal guy who finds out he has just one month to live, but that the death sentence came with some special benefits that lead to him encountering some of Marvel’s biggest heroes. (Also available in hardcover)

Finally, the books in the Ultimate Universe, which is a separate continuity from the main Marvel books

Ultimate Six – Collects a seven-issue mini-series about the ultimate version of these classic Spider-Man villains, plus issue #46.

Whew, that’s a lot of books! What did you pick up this June? What are you inspired to pick up now after reading the list? And, did you go in on one of the three collections actually out this week?