You are here: Home / consume / Crushing On / Music Monday: “Undress You” – Mutlu

It’s rare to spend a night out of the house unless it’s to rehearse or play a show, so I took great delight in kicking off a few weeks of birthday-adjacent celebrations on Saturday with an outing with Lindsay and her beau J. We converged on my old South Philly stomping grounds to see two songwriters and friends of ours play The Boot & Saddle – Katie Barbato and Multu.

I know Katie from being out and about on the open mic scene in what seems like a very long ago and far away life, plus splitting a memorable Arcati Crisis show with her band The Sleepwells. She’s also famous for helping me break out of one year of my February Funk (and pushing me to finish “Dumbest Thing I Could Do” – a good call on her part). Earlier this year she released an outstanding EP with her band Dirty Holiday that is amongst EV’s major favorites, and she has a new solo record out this fall.

I could write you an entire essay on Katie and her music and how Lindsay leaned into my ear at one point and remarked, “Her voicings are so much like yours, but she plays like Gina. So, obviously, you love her.” But, that will have to hold – perhaps until I hang out with her in a few weeks. 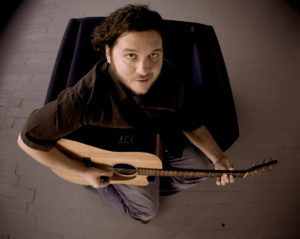 Saturday night was the first time I’ve ever seen Multu perform without our dear friend Dante Bucci playing by his side (and, as it happens, only the second time seeing him without being behind the mixing desk, thanks to the music festivals that Lindsay, Dante, and I produced over the years).

I had second thoughts about going. Or, more accurately, about staying. It seemed impossibly hard to start celebrating my birthday there in the absence of Dante, who was synonymous with Mutlu for me, whose birthday traditionally marked the end of our various Virgo/Libra birthday shenanigans in college.

I thought it might be too hard. I thought I might slip out after Katie was done her set, or maybe stay for just a song or two, telling Lindsay and J I was exhausted after a long day.

Dante would never do that. Dante never missed a single show of mine if he could physically get to it, and he’d never leave before my set was over.  How could I use the absence of him as an excuse to miss live music when it was his favorite thing in the world?

Maybe I was supposed to simply get lost in my emotions and in the crowd and dance, like all my friends have been doing for fifteen years of seeing Mutlu perform.

So that’s what I did, undulating to the music without a care. At one point, Mutlu announced, “This is a new one from my EP Caffeine and Whiskey, you might not know it.” He began to play and I knew it within a second. It was “Undress You,” a song he had first written and performed live nearly a decade ago just now enjoying its time in the spotlight.

I know what that feels like. I’ve been sitting in my living room rehearsing decade-old songs for weeks, checking to see if it’s their time.

How was it not this song’s time in the spotlight a decade ago when it is so instantly memorable? I’m not sure. I don’t remember it being this relaxed, the jazzy guitar quite so articulated. Maybe it was a little too eager to undress a decade ago? Maybe it needed the years to give heft to “Why we wasting time when we could be together?” Maybe the old falsetto hook of “Can I undress you?” was played for laughs instead of being a soulful call-and-response with the following “probably the last thing I should do”?

Maybe there was a through line from this song of Mutlu’s I had forgotten to my own “Dumbest Thing I Could Do,” who Katie helped to coax into the spotlight with its own response of “is be along with you.”

While I was wondering those things in my songwriter’s brain I was dancing, singing along, and remembering. The song brought back flashes of friends lost to time and circumstance, and of Dante’s lawn and a song that was suddenly and improbably my new favorite thing, pulling me out from the mixing desk to dance and sing along.

It was an indelible moment that I had completely forgotten, but it all came rushing back as I sang along to words I didn’t even realize I knew with Lindsay smiling at my side in her own instant recognition.

It is my new favorite thing all over again.