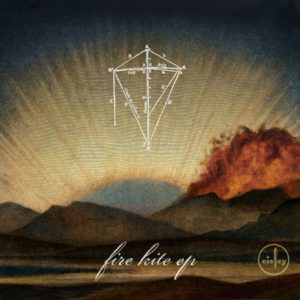 It started passively in our first shared apartment in 2014. Even then I had a massive CD collection, most of which E hadn’t heard (this was still pre-iPod for us both). Sometimes she’d sample a record without me even realizing, which is how she came to love The Yeah Yeah Yeah’s Fever To Tell.

Another thing that happens a lot is that E hands me back one of her favorite records and says, “I think you might need to listen to this one again.”

I’m telling you this not to try to take credit for E’s largely phenomenal taste in music (which would be a paradox to take credit for, since the contents of her old-school CD binder are one of the many reasons I love her), but to emphasize how she completely took me by surprise with Eisley.

I vaguely knew them as a “twee indie pop sibling band” and even after falling in love with them I think that remains a fair appraisal. Thus, I was relatively cool to their follow-up, Combinations, even after E had begun spinning it. It took our friend Amanda physically cornering me and placing headphones on my head to listen to “Sight To Behold” for me to finally come around to the band. She lifted one earphone halfway and mouthed, “is that eight voice parts?” when I hit the stunning bridge.

I still needed E to hand me their 2010 Fire Kites EP and say, “You need to hear this.” The pair of “They Valley” and “Ambulance” debuted on that EP and went on to bookend the band’s 2011 full-length The Valley.

“The Valley” takes the choral elements of Combinations and pushes them further, marrying an echoing chorus of voices to a see-sawing string section and warm vintage keys beneath. Part of the draw of the song for me is the riddle-like first stanza. It sounds like it’s own secret code, packed with packed with internal rhymes and off-balance stresses (bolded for emphasis):

Realheart-breaker come and take me
To the real heart ache that everyone is
Talking ’bout. You see me then you don’t,
But get it right, I don’t believe in magic.

From there it’s easy to get lost in a song that lives at an allegorical level, maintaining that air of mystery through the end, when she insists, “Take me home. I walk the night in the valley ’til everything is fine.” Is she asking for a ride to get to the valley, or because she has already walked off all of her worries?

I need an ambulance. I took,
I took the worst of the blow.
Send me a redeemer. Let me know

It’s a strange process to start any record with a song as resolved as “The Valley” and to end with one as shattered as “Ambulance.” From the first lines it conveys the trembling reaction to the worst kind of emotional wound. The repeated “I took, I took” that so subtle I missed it for years, even though it is followed by the pair of repeated lines in the second half. 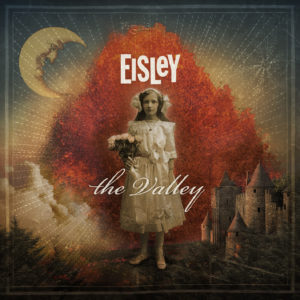 And Stacy DuPree King’s voice – had it been as supple and full as this on past efforts? On “Ambulance” her alto is rich like dark chocolate. Paired with acoustic piano and strings, the song is a near neighbor to Fiona Apple’s voice on her earliest pair of records. You’d never expect the next section to explode from with a ponderous and sizzling electric lead line.

By the end of a repeat of the “ambulance” line what started out a precious singer-songwriter tune has grown in scope to sound more like Radiohead’s “Karma Police” than anything off of Apple’s When The Pawn. Part of its strength is in the clever implication therein: if it’s really over, then she doesn’t need a ride to pick up her things, she needs an ambulance.

This pair of songs were tracked next to each other on Fire Kites but they accordioned open to reveal a whole album of a similar depth and playfulness on The Valley. It’s a shame that DuPree King has left the band since then (for her own fantastic act, Sucre), but E and I were smart enough to catch them on the tour behind this record and I’ll always have the memory of their crackling live performances of these songs stored in my brain.