Marvel released a lot of comics in the 1980s, so what should Marvel prioritize getting into omnibuses? I’ve already covered all of the X-Men runs from this period, and I’m not touching Spider-Man or Fantastic Four mapping at the moment. Plus, many key 80s runs are on the survey already, like Peter David’s Hulk, Iron Man by by Michelinie & Layton Ann Nocenti’s Daredevil – but that still leaves a ton of potential runs to cover! 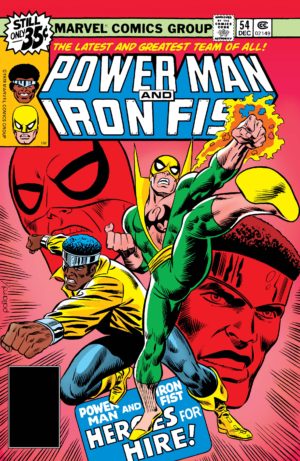 Marvel’s original buddy superhero title! Iron Fist with While Luke Cage and Iron Fist have both received their own Masterworks lines, there’s no telling if the Luke Cage line will extend to this title once it’s through its own three volumes. With 75 issues to collect and a strong tie to Marvel’s Netflix shows, this could be an easy sell of a two-book line of omnibuses. I cover the series in the Guide to Luke Cage.

The Defenders experienced a big line-up change in 1983, with holdovers from the old line-up like Hellcat and Daimon Hellstrom phasing out by issue #125 to be replaced by Angel and Iceman. The book’s indicia didn’t change to match the title for another few years, and then the run was cut off by the cancellation wave at the end of Secret Wars II – and also by half of its cast departing for X-Factor! You could even get really cheeky and call this “Prelude to X-Factor,” LOL. See Guide to The Defenders for more information. 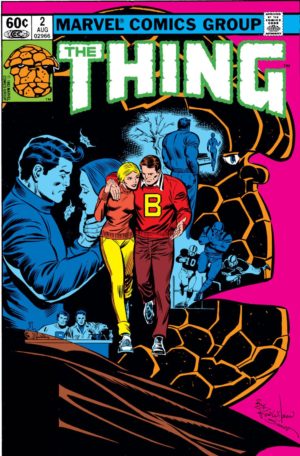 Today it’s hard to think about the Fantastic Four having a character with break-out popularity, but that’s exactly what The Thing was for over a decade starting with the launch of his team-up series Marvel Two-in-One in 1974 and continuing through it’s replacement with The Thing in 1983.

Moreso than any book before or after, The Thing managed to round out Ben Grimm’s history and give him his own memorable adventures – everything from a glimpse at his life on Yancy Street to him remaining behind on the Secret Wars battleworld when all the other heroes left.

Want to read it? See The Thing in Guide to Fantastic Four

Cloak & Dagger might finally have their day in the spotlight in 2018, with their series coming to ABC’s Freeform channel. Despite their somewhat dated 80s anti-drug message, Cloak & Dagger comics presented a unique late-teens take on heroism parallel to New Mutants but without that book’s built-in support system of the Xavier School.

With Marvel finding hits with a similar tone on New Warriors and then X-Force in the late 1980s and early 90s, Cloak & Dagger wound up a title without a clear reason to exist. Visit the Guide to Cloak & Dagger to see how you can collect these issues today.

There are a small number of Marvel writers whose lengthy runs in the 1980s are just more-revered by fans than others. Of course that includes luminaries such as Chris Claremont, Frank Miller, John Byrne, and Walt Simonson, and when it comes to the Secret Ballot just about anything by Roger Stern also qualifies. One of the next writers and runs on the list is this epic Mark Gruenwald take on Captain America, which ran for an entire decade!

This several-omnibus run would match up perfectly with the newly-announced Captain America by Mark Waid omnibus, which begins at #444. A recent Epic Collection started with #302, a few issues prior to the Gruenwald run. However, that continues a Captain Britain team-up that began in #305. Really, a first volume might start with #302, following the convention that the breaks in Epic Collections are likely to match up well with omnibus volumes so you can collect around them. Read more about the various ways this run is already collected in the Guide to Captain America.

Silver Surfer can be a bit of an outlier when it comes to Marvel’s superhero line-up.

He’s a famous, visible hero that has had only one lengthy run prior to his Dan Slott and Mike Allred series that began in 2014. Stan Lee always wrote him as a philosopher looking from the outside in, and his occasional membership in The Defenders maintained that distance. He was also a “fish out of water” as a space-faring hero mostly trapped within the confines of Earth. 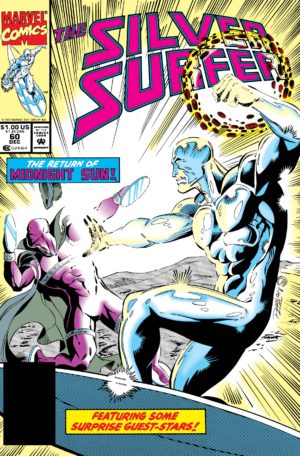 That all changed with Surfer’s 1987 series – he was both allowed to travel back to space and found himself embroiled in major Marvel plots thanks to Jim Starlin using his series as a vehicle to bring back Thanos and launch the legendary Infinity trilogy.

The existing Infinity Gauntlet omnibus is effectively Silver Surfer, Volume 2 but with some gaps. So, the question becomes if Marvel would have the stomach for reprinting so much shared content from the Infinity Gauntlet omnibus, or if they’d rather assume fans will already have it on their shelf and collect around it. See the Guide to Silver Surfer for more details.

Here’s the “collected around it” option…

That would allow a second Silver Surfer volume to pick up from #61 and be titled “by Ron Marz & Ron Lim,” carrying the series through #102. However, a more satisfying approach could be using the first volume to pick up some significant 1980s appearances through the Englehart run, and then having an second omnibus which somewhat overlaps Infinity Gauntlet and continues slightly past it.

This Avengers spin-off was effectively a Hawkeye solo title for much of it’s run, though it also gave a rotating cast of writers a chance to highlight secondary cast members of the Avengers in one-shot and back-up stories. Without any classic Hawkeye series to highlight outside of what’s already been covered in the West Coast Avengers omnibuses, this is an obvious choice and also important gap-filler in Marvel’s color collections! 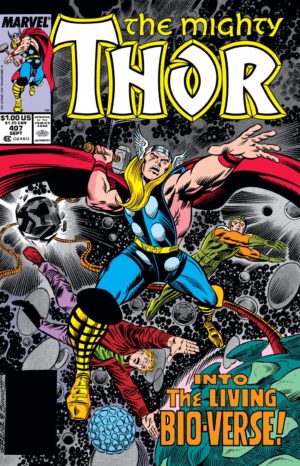 While many comic fans are aware of Walt Simonson’s monster-sized run on Thor, far fewer know that an even-longer creator run immediately followed.

That run is from Tom DeFalco and Ron Frenz, both workman authors who aren’t as revered by fans as even Stern or Gruenwald. Yet, together on Thor they created a memorable, adventurous run that saw the Odinson replaced for his longest absence to date – by Erik Masterson.

This run represents 105 issues, and it’s probably wishful thinking to believe Marvel would break it into a pair of 50+ issue omnibuses since they tend to reserve those super-massive volumes for one-and-done runs. Thus, there is the fantasy way to collect this run, and then the realistic way. For more on how it’s been collected to date, see the Guide to Thor.

Then, a more realistic breakout: 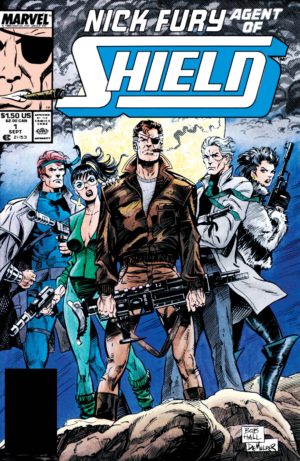 Nick Fury’s return to ongoing status was written by Bob Harras, known (and not necessarily beloved) more for his editing than his writing. There’s an interesting dichotomy here, as on one hand this has a classic Nick Fury who doesn’t really have an audience right now, but on the other it’s one of the only times his SHIELD supporting cast got significantly fleshed out in the past.

This book will be totally covered in paperback reprints by the end of this year, so there’s really no urgency to get this omnibus out.

Moon Knight’s late-80s series is one of Marvel’s major uncollected frontiers. That’s something we could have said about all of Moon Knight’s pre-2000 adventures as of a few years ago, but his Epic Collections have quickly cut into the original Doug Moench run on Moon Knight.

Would it be worthwhile to get this later run in omnibus format? Probably not before getting that incredible Moench and Sienkiewicz material, but with Chuck Dixon writing the first half of this run this is where Moon Knight’s fractured Batman vibes really come to the fore. See Guide to Moon Knight for more.

Previous Post: « May The Force Be With You (on your bookshelf): The Guide to Star Wars Comics & Canon
Next Post: Marvel series still awaiting an omnibus from the Masterworks Era (1961 – 1980) »