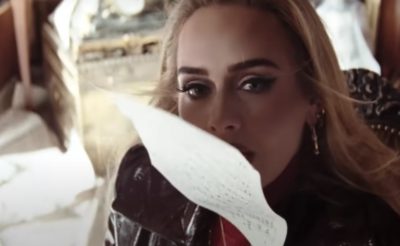 As a music fan, consumer, and review, it’s hard for me to detach my reaction to a new album from the expectations game.

Everyone loves an indelible debut record. When we love an artist’s first album, we fall in love with the songs, but we’re also deeply curious about their potential. What path will they take? How will their follow-up sound?

We applaud when an artist releases a strong second album. We are amazed when it is even better than the first. When we love an artist’s second album, we fall in love with the songs, but we’re beginning to measure a vector. They’ve moved in a direction, even if that direction is to provide more of the exact same. Will they continue to progress in that same way?

Third albums are tricky. That’s when things become interesting. Third albums are when we think we really know something about an artist. We have a reasonable sample size of songs. We have three points from which we can triangulate position and estimate future progress.We can say, “the artist usually does this or that.” We can decide if their progression has been linear or if it took a hard turn into unexpected territory.

That is why fourth albums are dangerous. They are the realm of proving or disproving all those things that we thought we understood. They have the potential take an artist’s progression from a line – or even a triangle – to some wild uneven quadrilateral that might even intersect with itself. They’re often the moment where an artist solidifies who they really are and who they will continue to be for many years to come.

I think most people navigate that musical map subtly. Unconsciously. The average listener has some expectations that might be fulfilled or shattered, but I don’t think they consider a fourth album to be particularly significant.

I’m not like that. I can’t turn off the part of my brain that dissects songwriting and production, and that draws out vectors of musical style and influences. I am graphing each release as a point on a musical map and drawing the vectors between them. I can’t help it.

Adele has had a textbook progression through these first three steps Memorable debut? Check. Explosive classic sophomore effort that raised her to worldwide acclaim? Check. Stylistically rangy third record that at once confirmed her strengths but pushed some of her boundaries. Check.

Now, 11 years after her debut but a whole 6 after her third record, we’re getting that fourth album. The dangerous one. It’s dangerous for Adele, but dangerous for me, too – because I feel the weight of all of those expectations.

I had to listen to it two different ways. First, just to hear the songs. Then, to hear them with the weight of all of that piled on top of them.

It was terrible both ways, which leaves me fearful of Adele’s future trajectory. 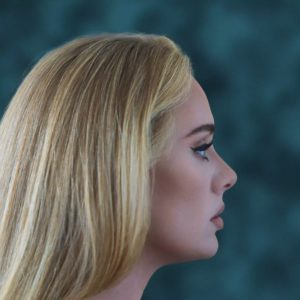 Adele is the biggest blockbuster voice in popular music today, both in spectacle and in sales. That makes any album of hers a hotly anticipated release. 30, in particular, has been inflated even further. The first in six years! The first since she got divorced! Got thin! And it’s accompanied by a pair of pan-Atlantic concert specials! And an interview with Oprah!

I don’t know that the spectacle could get any bigger. It threatens to overshadow the features that made Adele so famous in the first place: her massive voice, her clear-eyed songwriting, and her biting sense of humor.

Adele is famous for using that massive voice to command attention on her emotional ballads just as well as she uses it to power surprising, genre-defying pop hits like “Chasing Pavements” and “Rolling in the Deep.” She has never lacked for strong material in either category. Her songwriting skills are as notable as her vocal power, even if her vocals sometimes overshadow them.

Now at a pinnacle of her popularity, 30 finds Adele coasting through a set of charmless songs without an earworm refrain to be found. Suddenly, she is putting the schmaltz at center stage rather than her songwriting acumen. I don’t begrudge her the sales, but I wish they came with a more enjoyable record.

I’d call it a “Streisand-ification” of Adele – the point where she transforms from a unique artist with an indelible voice to an idiosyncratic voice shackled to a genreless void of forgettable belting that will easily sell records. Really, it started on 25 with the classic pop of “When We Were Young” and “All I Ask.” Both are terrific, unforgettable songs, but both feel vaguely like they’ve been yanked out of a Broadway show that would lend their emotional platitudes some additional context.

This, to me, is peak Streisand: always asking if a heavyweight belter of a song originates from a musical. Adele’s prior balladry didn’t feel this way. Yes, they existed within the context of the particular heartbreak of each record, but they didn’t feel like they were missing several pages of book to better define them.

That describes the ballads of 30. Despite dripping with sentiment, their conversational lyrics never reach the level of masterful storytelling of “Someone Like You” or ‘When We Were Young.” It feels like we’ve missed a pivotal scene that would explain why they feel so big.

One of the hallmarks of Adele’s songwriting has always been memorable titular statements. Tracks like “Turning Tables” and “Water Under the Bridge” drill their titles into your brain, and you’ll never forget a metaphor like “Set Fire to the Rain” or the titular statement of “Hello.” None of the lyrics on 30 have that indelible staying power. They fade into each other with anonymous titles like “To Be Loved” and “Woman Like Me,” none of which are given any heft by their arrangements.

“Easy On Me” comes the closest to that old standard of memorability. It has the cleanest, most-powerful production, but it’s a flimsy vocal exercise free of lyrical content. (The chorus hook is literally an exercise you might use to strengthen the break between your mixed voice and chest voice, something Adele is a master of!)

“Hold On” eventually simmers at a decent imitation of Dusty Springfield after three meandering minutes. “Love is a Game” offers an imitation of 70s Motown, but outside of its hook it is defanged by a set of rambling lyrics and a bloated runtime. And, centerpiece “To Be Loved” is perhaps the worst offender of the meaningless lyrics. The big refrain? “To be loved and love at the highest count means to lose all the things I can’t live without. Let it be known that I will choose to lose.”

Adele’s albums have never had to rely solely on ballads, but the pop-oriented tracks here aren’t much relief. The Neo-Soul of “Cry Your Heart Out” sounds the mostly alive and current, but in place of a chorus it has a chorus of painfully trebly robot Adeles to bark the title at us repeatedly. “I Drink Wine” has a pleasant 70s AM radio verse, but it plods on in search of a hook. (Again, it comes with an army of trebly back-up Adeles creaking and groaning in the background of what I assume is meant to be a chorus.)

“Oh My God” has a pleasing stomp-and-clap quality, but cluttered production distracts from the range-y vocal performance. “Can I Get It” tries to summon the power of “Rolling in the Deep” with an acoustic guitar and a driving kick drum, but it builds to a crescendo that never arrives. A whistled hook is unnecessary and grating.

(I cannot emphasize enough how terrible the sour-treble chorus of stacked back-up singer Adeles sound. They are inescapable any time a song attempts to emphasize a lackluster hook.)

If there is one surprisingly strong track, is the twinkling piano sample on the interlude of “All Night Parking.” Adele shows a real ease in delivery that helps the tune masquerade as a lost Amy Winehouse tune. It’s more of a pleasant outlying b-side than a standout to hang this record upon. The same goes for opener “Strangers by Nature” – a lush, cinematic sonic experiment built on Wurlitzer piano with a clear narrative. It begins with Adele intoning, “I’ll be taking flowers to the cemetery of my heart” – the sort of over-the-top lyrical statement we all know and love from her!

Even without an all-timer like “Set Fire to the Rain” or “Hello,” there are enough familiar elements and vocal explosions here to satisfy Adele’s throng of well-deserved throng of fans. Yet, there isn’t a single song on this record I want to hear again (though I will be using “Easy on Me” in my vocal warmups!). I just can’t get past the fact that these songs aren’t any good. They’re vague. Hookless. Grating, And, for lack of a better term, Streisand-ified.

It’s just a bad record. It’s okay – everyone makes one sometimes! On the whole, this feels like an LP released to fill out a record contract and stay in the public consciousness, rather than a personal, inspired, cohesive work.

My fear is that this is not just a transitional phase for Adele, but the new normal – that she has grown too famous, too bankable, too powerfully-voiced, and too-big-to-fail to release more truly memorable, challenging material.