The film The Phantom Menace (1999) begins in 32 BBY with the blockade of Naboo. Though the film occurs in a matter of days, this page covers all canon media that occurs prior to the film and which continues through 22 BBY – just prior to the assassination attempt on Senator Amidala that begins Attack of the Clones.

Star Wars: Episode I – The Phantom Menace and its adaptations 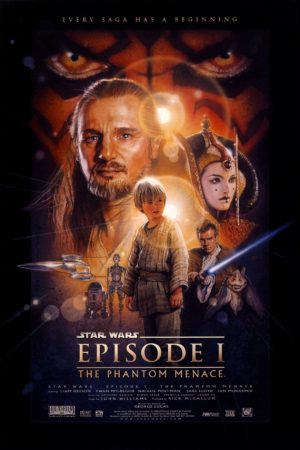 Novel by Terry Brooks (hardcover / paperback / digital)
This adaption predates the New Expanded Universe, but as a film adaptation the material is still adjacent to canon if not official.

Photo Comic: Star Wars Episode I: The Phantom Menace Photo Comic (2007)
A comic adaptation of the film using film stills rather than illustrations. 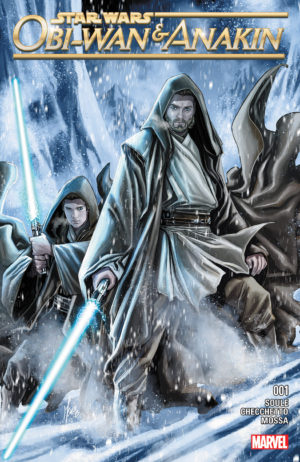 Short Story: “A Recipe For Death” from Tales From a Galaxy Far, Far Away Volume I: Aliens (hardcover)
This story currently has the distinction of being the earliest confirmed tale in the new EU, occurring over 100 years prior to Force Awakens in Maz Kanata’s castle.

The Phantom Menace and its adaptations occur here.

Continue to Attack of the Clones | Collecting Star Wars