The film Revenge of the Sith occurs in 19 BBY, starting with the rescue of Chancellor Palpatine from Count Dooku. This period of canon stories continues through the Empire’s rise and rule through ~6 BBY, when the Rebellion formalizes.

Star Wars: Episode III – Revenge of the Sith and its adaptations 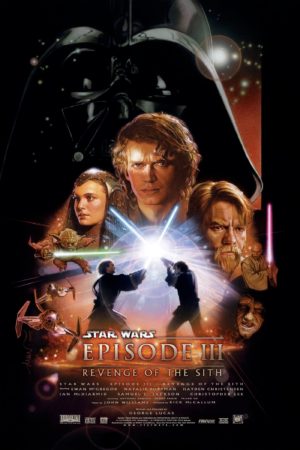 Novel by Matthew Stover (hardcover / paperback / digital)
This adaption predates the New Expanded Universe, but as a film adaptation the material is still adjacent to canon if not official. 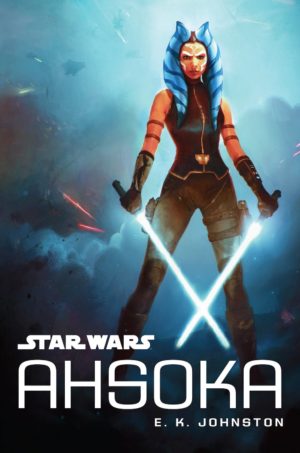 Revenge of the Sith and its adaptations occur here.

Young Readers Series: Adventures in Wild Space: The Escape (novella), The Snare, The Nest, The Steal, The Dark, The Cold, and The Rescue (these occur approximately at the same time as Ashoka).

Short Story: “Orientation” is a short story from Star Wars Insider 157. It connects to Lords of the Sith.

Novel Collection: The Rise of the Empire (paperback / digital) collects Tarkin and A New Dawn, plus three connecting short stories –  “Mercy Mission” (a Tarkin prologue), “Bottleneck” (A New Dawn prologue), and “The Levers of Power” (which fits with the next era of stories).

The opening flashback of Rogue One and its adaptions occur here.

Novel: Rebel Rising by Beth Revis (hardcover / paperback / digital) – A novel telling Jyn Erso’s story from when we leave her in the opening flashback to Rogue One to when the main plot of the film begins. As such, it continues through the remainder of this era and into the next.

Novel: Thrawn by Timothy Zahn (hardcover / paperback / digital) – Exact placement pends the release of the novel, but it begins around this time and continues through The Rebellion.

YA Novel: Lost Stars by Claudia Gray (hardcover / paperback / digital)
This stories moves through events prior to OT to extend past the end of Return of the Jedi.

Short Story: “The End of History” from Star Wars Insider 154.