The definitive, chronological, and up-to-date guide on collecting Avengers comic books from 1996 to 2005 via omnibuses, hardcovers, and trade paperback graphic novels. A part of Crushing Krisis’s Collecting Avengers: A Definitive Guide. Last updated February 2016 with titles scheduled for release through October 2017. 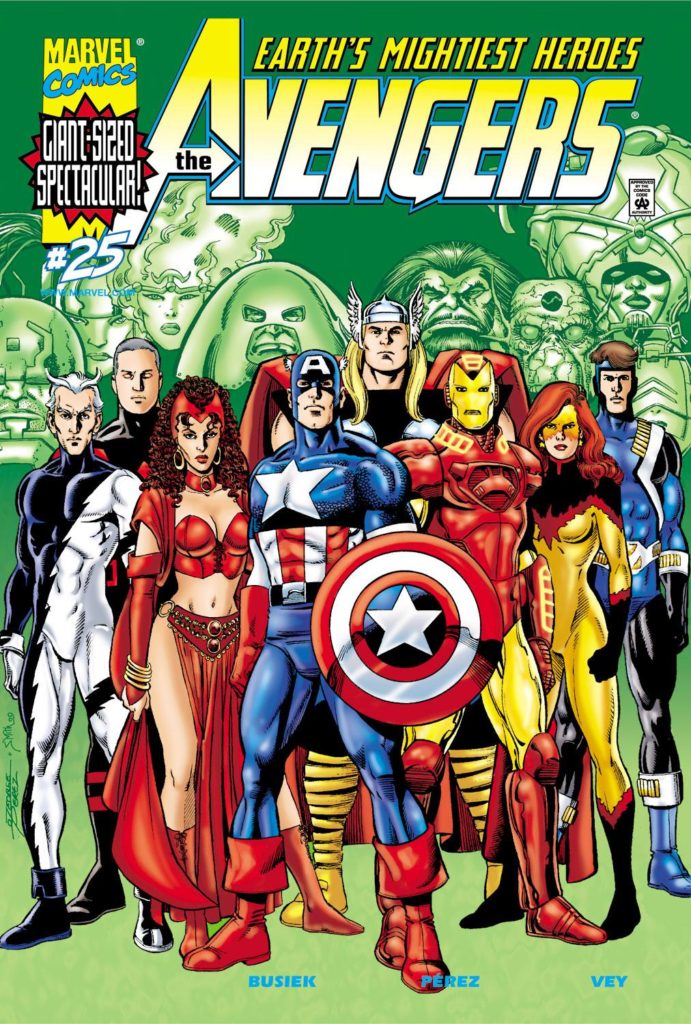 This run continues from Avengers (1963).

In 1996, The Avengers were presumed dead at the hands of Onslaught in the Marvel Universe, but they were just hidden – trapped in a pocket dimension without realizing they had been removed from their own reality. This was an attempt by Marvel to revitalize some of their most-established (but not especially popular) properties by handing them to the creators who left them for Image Comics.

The experiment was short-lived, but Marvel took advantage of the heroes return to restart The Avengers third volume in 1998 with a bang – they brought in Kurt Busiek and classic DC artist George Perez.

The series remains popular to this day, as does the following run by Geoff John. However, Marvel hasn’t shown any recollection love to the two Chuck Austen stories that followed prior to Brian Bendis thoroughly disassembling the franchise to launch New Avengers.