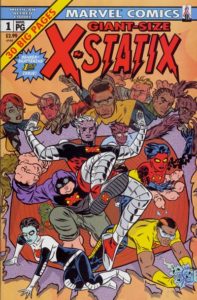 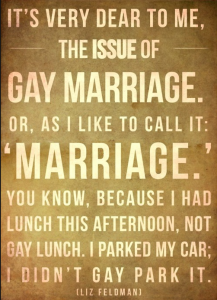 Fourth – and weirdly, the most salient to me – is that the X-Men have always been an allegory for people who are being discriminated against by the mainstream for how they were born. X-Men has always been a comic about civil liberties. For a person with any kind of prejudice of that nature to be reading X-Men means they are completely missing the point.

X-Men are feared and hated for being different. X-Men are beaten in alleys outside of clubs because they have wings. X-Men attend the funerals of their friends and see “Muties Must Die” signs held by protesters.

If you are trying to teach your children to discriminate against people who are different, giving them X-Men comics won’t do the trick. Hell, on top of all of that, they feature one of the first openly gay superhero characters, Northstar.

Maybe this is an overreaction, but I feel that these responders along with the original poster are the people that are legitimizing hatred and discrimination in our world. It’s up to each of us to stand up and be heard when we see evidence of discrimination and bullying – and I’m not just talking about LGBT here, I’m talking about everything. Everyone.

We cannot allow people to hide their discrimination behind cultural or religious beliefs, or how they want to raise their children, when what they choose to promote is hatred, even if that is passive hatred through their willful ignorance.

To try to turn that around to make me seem small-minded or un-accepting is a low piece of rhetoric. If kissing is appropriate for your kids, then so is “gay kissing.” That doesn’t involve a high horse or me telling someone how to raise their children. It’s about civil and human rights, and if you are arguing against them you are a bigot.

No debate. No maybe. Fact.

And, you too should probably sell all of your X-Men comic books, because you are completely missing the point.