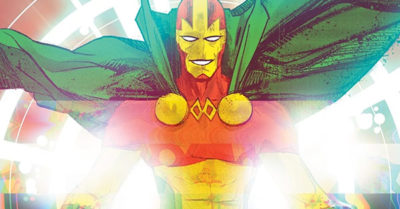 All he had to do to fix things was give up his entire life. END_OF_DOCUMENT_TOKEN_TO_BE_REPLACED

Today’s new guide for Patrons of Crushing Krisis is for a character who has only 12 solo comic issues to his name, but a rich 50-year history as a hero both on the worldwide stage and in his own Harlem community… 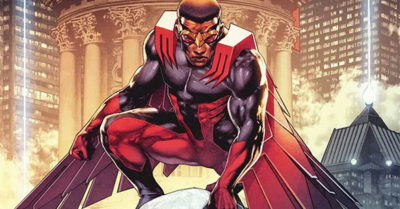 I knew exactly what I was getting into with this guide. Sam Wilson is a Marvel character who has been around for 50 years and has spent the vast majority of that time as a supporting player. I could easily work out his continuity order, but there was no shortcut to explaining his many stories other than just reviewing the comics.

Unlike some of my other solo hero projects this year, I was eager to dive in and better understand Falcon’s lengthy Marvel history.

That has a lot to do with my reaction to Wilson in the role of Captain America, which he served from 2014 to 2017.

I was slow to catch up with the initial run of Rick Remender stories of Sam as Cap prior to Secret Wars. I had literally never read a Falcon comic outside of his scant Avengers appearances and his co-star turn in Captain America following the death of Steve Rogers.

This was the guy who talked to birds, right? Why would I be interested in reading him as Marvel’s greatest hero?

It only took a few issues of Remender’s run to change my mind. He quickly became my Captain America, and that made me want to understand everything that brought him to that point.

Sam Wilson’s story begins in 1969, when he was introduced as just the second major black Marvel hero, on the heels of Black Panther in 1966. If Black Panther joining the Avengers in 1968 was progressive, Sam Wilson sharing the title of Captain America’s ongoing comic in 1971 was revolutionary. END_OF_DOCUMENT_TOKEN_TO_BE_REPLACED 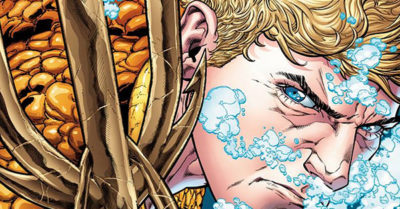 Maybe that’s because he’s never been all that popular? That has always come as a shock to me, as a child of the 80s who knew Aquaman as an A-List cast member in DC Super Friends. END_OF_DOCUMENT_TOKEN_TO_BE_REPLACED 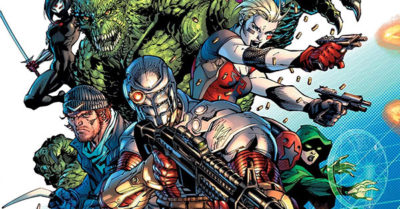 Of course, now we associate Suicide Squad as much with Amanda Waller and those once-obscure villains like Boomerang, Deadshot, and Enchantress as we do with Harley Quinn. That was all the work of the New 52 iteration of the team in 2011 and the 2016 film version. Harley’s addition to the Squad makes for an odd fit at points, but it’s the version that hit cinemas so it’s like to be a permanent change. END_OF_DOCUMENT_TOKEN_TO_BE_REPLACED 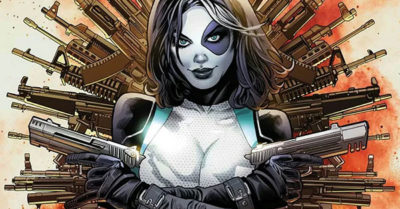 In reading her new ongoing series from Gail Simone, I realized that I’ve missed out on a lot of Domino’s major development; I stopped reading comics in the 90s before the “Road Trip” era of X-Force and her pair of limited series. END_OF_DOCUMENT_TOKEN_TO_BE_REPLACED 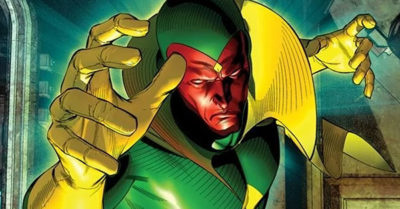 In that sense, he is one of the most quintessential anchoring Avengers, because he’s never really appeared elsewhere! Plus, what character could be more of a core Avenger than an android created by Ultron (himself the creation of Hank Pym) based on the brain waves of Wonder Man and who falls in love with Scarlet Witch!? END_OF_DOCUMENT_TOKEN_TO_BE_REPLACED