You like the X-Men, but when you walk into a comic book store or log into your favorite comics app you have no idea what to pick up. Or, you picked something up and were hopelessly lost. Maybe you don’t even know where to begin! 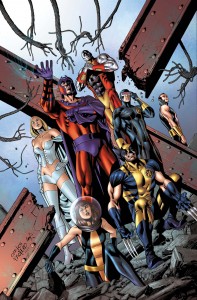 While you can always jump in with any issue or collected edition, there are some jumping-on points in X-Men comics that are better than others – and this page lists them all! If you’re looking for a more chronological review of potential starting points, check out my Instant X-Pert article.

Pick a current title that sounds interesting and then pick up the most current starting point, or start from a past point if you’d like to dig a little deeper.

Alternately, you can enjoy a title that is not currently running. Titles other than “X-Men” include their alternate adjectives – for example, X-Force includes Uncanny X-Force.

If you already know about the titles and are looking for more detailed collection info, head to Collecting X-Men: A Definitive Guide.

What is it? A monthly anthology title featuring short team-up stories that mash-up the Avengers and the X-Men, so you’re guaranteed to know at least one character in each issue.

Where to start? Since these stories are self-contained it’s Easy to pick up anywhere, although a multi-issue arc of stories featuring Captain America and Cyclops begins in #13. In collected editions, try Volume 1 or Volume 3. Read more about collecting A+X.

What is it? The original five X-Men – Cyclops, Jean Grey, Iceman, Beast, and Angel – are pulled from the past as a teenagers to the present day! They have a lot of adjusting to do in a modern world full of technological advances and pronounced discrimination. In a second volume, teen Jean departs but several younger characters are added, including Kid Apocalypse, Idie, and X-23.

Where to start? Pick up the #1 issue from Volume 1 to start from the beginning (collected as Vol. 1: Here Comes Yesterday), or begin with the more-recent Volume 2 #1 (collected as Inevitable Vol. 1: Ghost of the Cyclops). Read more about collecting All-New X-Men.

What is it? An ongoing title that aped the feel of early-80s Chris Claremont X-Men with a youthful, cartoonish vibe and a corresponding team of older fan favorites like Storm, Colossus, and Nightcrawler, plus a few younger characters, too. Read more about collecting Amazing X-Men.

Why “Volume 2”? A previous volume was an out-of-continuity mini-series. 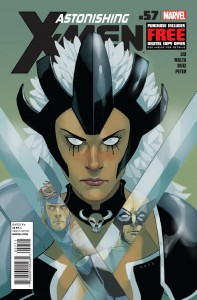 What is it? What started as an all-star book of mutants and creators to follow Grant Morrison’s run on New X-Men later turned into a “street-team” of X-Men that handle small issues that sometimes are bigger than they look, as well act as an unlikely family. Read more about collecting Astonishing X-Men.

Why “Volume 3”? The first volume was an out-of-continuity mini-series; the second was a mini-series that was part of a larger story. 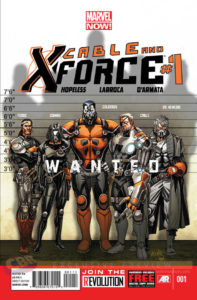 What is it? Cable’s modus operandi is generally returning to the past with dire knowledge that could change the future of mutant-kind, either solo or as part of a team. Read more about collecting Cable and X-Force.

Where to start: Pick up issue #1 or start earlier:

What is it? A teenage Cyclops heads to space with his father Corsair in a surprisingly solid series that digs into the early psychology of the X-Men’s perennial leader.

What is it? Marvel’s Merc With A Mouth transforms from wise-cracking mercenary to an unlikely hero over twenty-plus years of adventures. Read more about collecting Deadpool. 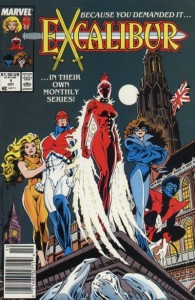 What is it? Mutants with a British flair. Excalibur has always been a place for light-hearted adventures that are less involved in the central mystique of the X-Men. Read more about collecting Excalibur and Captain Britain.

What is it? A peculiar, dimension-hopping team of X-Men that includes a few favorites that wouldn’t be feasible in the main universe of books – like Age of Apocalypse Blink and an animated-series style Mimic.

What is it? A new flagship X-Men book for All-New, All-Different Marvel meant to appeal to readers seeking their favorite core X-Men characters and dealing with a new status quo that threatens mutant existence (again). 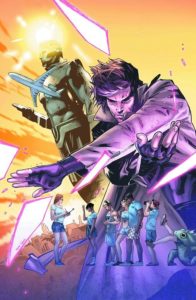 What is it? Gambit is a master thief and ladies man, and he plies both trades in a series that’s equal parts X-Men and James Bond.

Why not “Volumes 1 and 2”? These were a pair of mini-series.

What is it? A stark, non-heroic take on Magneto. 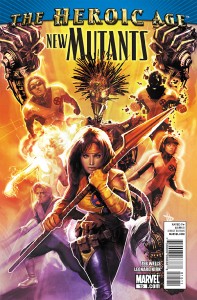 What is it? The first generation of student X-Men grew up in a different world than their predecessors, which left them with more guidance but also a bias towards action. This title ended in 2012. Read more about collecting New Mutants. 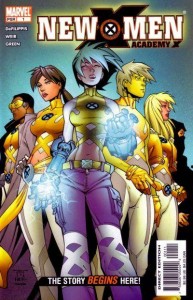 What is it? First, know that “New X-Men” also refers to Grant Morrisons 2001-2003 run on what used to be X-Men, Vol. 2. After an explosion in the mutant popular the X-Men found themselves with more students than ever before – enough to start a full-time, fully-staffed academy of young X-Men including mutants like Surge, Hellion, Pixie, Rockslide, Elixir, Prodigy, X-23, Dust, Anole. That title, launched as Academy X, eventually transitioned to being called New X-Men.

What is it? The solo adventures of the swashbuckling mutant, who is much more cheerful on the page than he is on the screen. His 2004 series was darker and focused on the supernatural, while his Claremont-penned 2014 was a lighter title nearly aimed at kids.

Why not “Volumes 1 and 2”? These were a pair of mini-series.

What is it? Storm’s first ongoing title showing what life is like for an internationally known mutant who is at once a schoomaster, a thief, and a goddess. This series was wonderful from front to back – start with issue #1 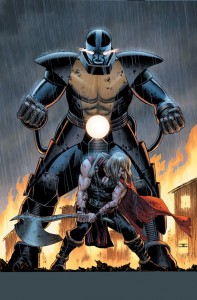 What is it? After their clash in Avengers vs. X-Men, Captain America reaches out to the mutant community to create a team of Avengers that can handle any threat that presents itself – especially when those threats are aimed at the mutant community. Read more about collecting Uncanny Avengers. 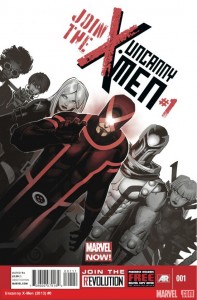 What is it? Uncanny X-Men has been the core X-title since 1963. Currently, it features a team of former villains acting as mutant revolutionaries!  Read more about collecting Uncanny X-Men. 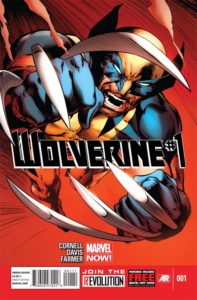 What is it? Wolverine goes back to basics and re-opens a mutant academy to try to protect and teach the next generation of mutants. Read more about collecting Wolverine and the X-Men. Stars Wolverine, Storm, Fantomex, Broo, Warbird, Quentin Quire AKA Kid Omega, Idie AKA Oya, – with appearances by Armor, Anole, Blindfold, Bling, Cipher, Ernst, Gentle, Glob Herman, Graymalkin, Indra, Match, Mercury, Rockslide, Trance

What is it? Across several incarnations, X-Factor has generally maintained one of two themes – a team sanctioned by another body (such as the government) and a team of detectives or hunters. Initially, the title was introduced in 1986 to feature the five original X-Men together for the first time since 1974. Later, in 1991, Peter David relaunched the team as government operatives. Though he exited with issue #89 in 1993, the title has ever since been associated with him thanks to his 2006 relaunch that continued through 2015. Read more about collecting X-Factor.

Why not “Volume 2”? Volume 2 was a mini-series that did not take up the theme of the other volumes.

What is it? Ever since its continuation from New Mutants in 1991, X-Force has stood for a X-Men team operating on the margins of the main X-teams and using considerably more force to achieve their goals. Cable has always been strongly associated with this title until a 2008 relaunch put Wolverine at the fore. With 2010’s Uncanny X-Force, Psylocke became a third character strongly associated with the title. Read more about collecting Uncanny X-Force.

Where to start: Pick up issue #1 or start even earlier: 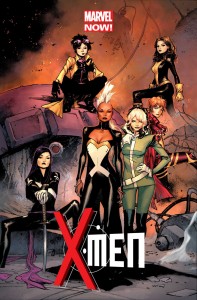 What is it? A squad of popular X-Men characters initially launched as a second flagship in 1991 to accompany Uncanny X-Men. It was renamed New X-Men in 2001 to highlight Grant Morrison’s now-revered run. Later volumes focused on highly-recognizable teams of popular characters. Read more about collecting X-Men.

Why not “Volume 1”? While the 1963 launch of X-Men is technical X-Men, Volume 1, most comic guides group those issues along with Uncanny X-Men since the run continues to that title

What is it? A version of X-Men that focuses on a single character at a time. First up was Professor Xavier, then Rogue, and finally Professor X’s son Legion in a second volume. Read more about collecting  X-Men Legacy.

What is it? Volume 1 was a team of fan favorites including Storm, Psylocke, and Rogue written by legendary author Chris Claremont. It had an international feel and was heavy on dialog. Volume 2 was a cross-dimensional team lead by Dazzler. Read more about collecting X-Treme X-Men.