When I joined a gym early in 2011 I had one major concern.

Okay, two, but everyone looks silly at points while doing yoga, so I got over that one pretty fast.

No, my major worry was the showers. Really it was an array of several related worries. A bouquet, if you will. 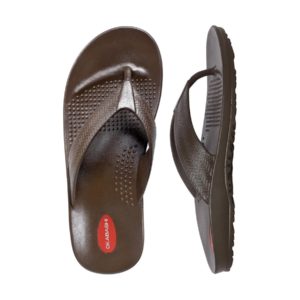 Meet my new gym enablers. I love them.

After a year of gym-going I was able to sublimate OCD Godzilla for long enough to be seen mostly nude by other human beings not on the internet, use gym-supplied towels without breaking into hives, and bypass my typically lengthy shampoo regimen while still feeling clean. Yet, nothing can disengage my genetic heritage of being skeeved out by stuff, and there is nothing more skeevy than the floor of a four-by-four square stall that has sweaty naked men coming and going from it all day.

For some people, a turn-on. For me, skeevy.

It came down to my feet. I am notoriously sensitive about the idea that feet are meant to touch the ground, which other stuff has touched, and thus might be dirty. I was the child that needed to be carried directly from the ocean to the beach towel, so no offensive sand could stick to my tiny toes. Wearing flip flops anywhere but the poolside was (confession: still is) absolutely verboten, less the edge of my heel slip from their rubberized surface to touch the ground in a parking lot or grocery store freezer aisle or any other location where I might catch a deadly foot plague.

Wow, who knew it would feel so good to type that all out?

Back to the gym. Even after I got over all of my other shower hangups, I could not let any part of my feel touch the shower stall. “Of course,” you say, “I wouldn’t either.” Yet, my autopodomysophobia extended to the flip flops. Would they not also become riddled with disease over time due to their contact with the shower stall floor, spreading to infect not only my feet, but my entire gym bag? 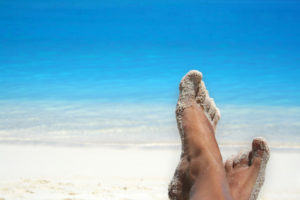 This spawned lengthy, philosophical conversations with my co-workers about what they did with their shower shoes. No explanation was enough for me. I slowly tapered down my gym-going, as on every freshly-showered return to my desk I could do nothing but worry about my feet, which surely had contracted a fungus from my flip flops.

I decided I needed a pair of flip flops that could be put in the washer, or dishwasher, or microwave, or some other disinfecting appliance short of the furnace.

Enter my good (also OCD) friend Mary and her suggestion of Okabashi shoes.

These Okabashi people know all about the concept of shower OCD. Their flip flips are molded from just one or two pieces of injected molded microplast, which means there are few nooks and crannies for dirt and chlamydia to infest. They are treated with an anti-microbial agent, which means less fear today and more super-germs in our apocalyptic future. Plus, Made in the USA!

Most importantly: they are completely waterproof and dishwasher safe!

Three days and $20 later, I had a pair of Okabashi shower shoes that are completely impervious to all possibly gym shower floor related phobias and concerns. And, if I get concerned I can just spray them down or put them in the dishwasher.

Problem solved! I have literally been to the gym twice as much since I acquired the new shoes. That’s even better than a New Year’s Resolution!

(PS: The shoes run slightly small, I would consider estimating up one half size.)