You are here: Home / Personal / topics / thoughts / No Fooling 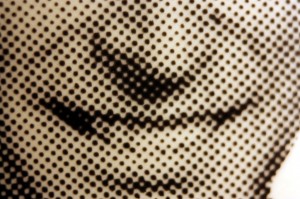 Some rights reserved by treehouse1977

When I was age seven or eight I wanted to be a comedian. I never told anyone.

My mother really liked to watch comedians on television. I guess my parents had that in common, because I could always seem to unearth yet another comedy routine of Robin Williams or George Carlin from our pile of dubbed Beta tapes. My mother would always say they were not appropriate for me, but she never stopped me from watching them.

At the time I didn’t especially enjoy being in front of people.  I had to be dragged into performing a simple narration in a school Christmas pageant at age 10, which I have absolutely no recollection of due to what I have to assume was my blacking out from fear.

I did not want to be in front of an audience, but I wanted to be clever. I liked the idea of making people laugh for a living.

Even eight-year-old me understood the precarious economics of the Comedy profession. You would have to be super, ultra funny to get as many people to sit in front of you as Williams or Carlin, let alone Gallagher with his watermelons. I loved Gallagher. Jay Leno. Tim Allen, too. They were zany, and they were clearly very talented. I was sure they wrote their own jokes, which was an awful lot of jokes.

(I cannot speculate on whether that lead me to focus on writing. I didn’t write things that were especially funny at that age. I preferred the macabre. Too much Stephen King, I guess, another one my mother was never sure about but kept letting me read.)

Eventually I gave up my secret comedian wish in favor of one more typical for a bright kid – doctor, I figured. Yet, that early urge to be funny probably informed my profession more than most of my math and science scholastic endeavors aimed at a future in medical school.

Now I don’t like most funny things. Jokes, pranks, comedians, sitcoms – they mostly elicit a groan from me. I still laugh, mind you, but I like my humor sarcastic, or ironic, or soaked in pop culture. Nothing overt. No cartoonish hammers wielded against watermelons. Joss Whedon and Tina Fey are my comedy gold.

Sometimes I catch myself thinking, “comedy is for kids.” When you are a child, every joke is a new one. Every episode of I Love Lucy or Looney Tunes has a gag so funny you think you will stop breathing. Sitcoms play out tropes you’ve never seen before. Talk show hosts tell groaners, but you don’t understand that you should groan.

I do not want to be a comedian anymore. I don’t think I ever did, to begin with. I wanted to be what comedy represented. An innovator. A trailblazer. Something novel, every time.

Little did I know how in demand that would be when I grew up.