You are here: Home / consume / books / I’ll drown my book

On night three of baby EV6’s life she was having a moment of baby sleeplessness, so I decided to read her a story.

We had amassed a stack of children’s books from friends and family. It included both favorites I recognized (Sendak, especially), obscurities, and newer classics. That night I decided to go with something middle-of-the-road, and so I picked up a collection of Curious George stories and began to read. 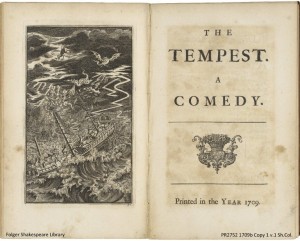 As I read, I noticed three things.

One, the story was awful. This dumb monkey was misbehaving and breaking things, and everyone both complained about it and found it endearing. I’ve noticed this is a theme in many children’s books, like the horrid Don’t Let the Pigeon Drive the Bus. I’m all for a mischievous protagonist, but not for one who is clearly a villain and in need of a time out.

Two, on top of the terrible tale, the grammar was lamentable. I found myself both silently correcting punctuation and audibly rearranging words to ensure the story would not poison my young child’s future sentence construction skills.

Three, baby EV6 gave no shits. About the story, I mean. She had been pooping regularly all day. I know, she was three days old – how much did I expect her to follow the story? Not at all. Really. But, I did expect the rhythm of my reading to be pleasing to her, or else I could have just talked her to sleep (a skill I surely possess).

That last point is what made me the angriest at this stupid monkey as I tossed aside the volume in disgust. For all the crimes of bad character and bad grammar, at the very least the writing could have a bit of meter to make up for it. Most good toddler books do have a sort of a rhythm to their words, even if they don’t rhyme or make verse. But this poor primate’s tale was a clunky monkey.

EV6 in one arm, I marched the few steps from our rocking chair to the bookshelf. I wasted not a second on the shelf of children’s books where I previously dwelled. This time I went for one of my even less favorite areas – Shakespeare. I am generally no fan of the bard, but I do still have my favorites. Amongst them, The Tempest, which is what I picked up.

Compared to Spurious George, The Tempest was practically a sleeping potion. It took less than two scenes to put my newborn entirely to sleep, entranced by the rhythm of my speech as Prospero enlightened Miranda of her early life in Britain, before they were both marooned on their lonely, sunlit isle.

It was then I decided: babies don’t just need baby books. At least, not at first. Before they can comprehend a story or enjoy a colorful picture, babies aren’t too interested in the narrative. What they want to hear is your voice – that same voice that spoke to them all the time from the otherwise of the wall of their womb.

Our selection of literature was forever altered.