You are here: Home / consume / Crushing On / #MusicMonday: “Look At Where We Are” – Hot Chip 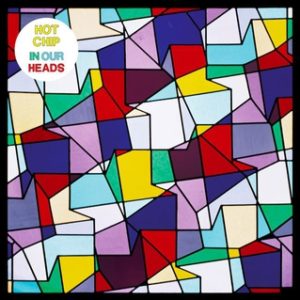 When you hear these Indie Pop, or Art Pop, or Indietronica, or Electropop, or Synth Pop, or Alternative Dance – or whatever you would label hip wierdball dance bands like Hot Chip and Dirty Projectors with high-voiced male singers  the first thing you almost assuredly notice is their plastic elastic vocals. Just like the skinny-jean culture I loosely associate with their fans, husky(-voiced) boys need not apply.

(I would just call them “Pop” or “Dance” and let them duke it out for attention with Bruno Mars, personally. How they material differ from Paula Abdul I will never understand. But I digress.)

Yet, I don’t trust that we’re always hearing the authentic sound of a real voice singing. It is not just because these are genres that positively glisten with auto-tune. No, it more that as a rule I don’t trust that any vocal that sounds better than George Michael and not as good as Michael Jackson. That’s an uncanny valley that hardly any guy occupies. I’ve heard the subtle stuff you can do with gating and pitch correction and snapping to a click track.

(I actually once questioned Nate from Fun. about that on Twitter, and he swore his own plastic elastic vocals were achieved sans any tuning effects. This was before Some Nights, obvs.)

Then, last week “Look At Where We Are” from Hot Chip’s 2012 record In Our Heads shuffled onto my headphones. It’s such a nude song. A few synth burbles. A two beat kick-snare kick-snare drum loop. Completely unadorned electric guitar, so plaintive you can hear the pick and fingers on the strings. And the voice is right there in your ear. It is not a vacuum-sealed thing in a can. It is silken and easy, and you can hear the air surrounding it.

When all three elements line up, the song turns into some sort of Luther Vandross baby-making jam. Sure, we get some sampled vocals and synths later, but the point has already been made:

(Buy “Look At Where We Are” on Amazon

Hot Chip can do all of that bippity boopity dance stuff with the best of them, but they don’t need to do it. The best song on the LP is something any kid could do in their bedroom with the most basic instruments out there, yet any kid can’t.

Think it’s an illusion of the studio? Watch this nerdy dude in a sweatshirt who is Hot Chip’s singer deliver a perfect live version complete with the very minor vocal warbles at Coachella:

(Seriously, how freakishly great is his voice?)

Suddenly I find myself liking Hot Chip a lot better, even if they are an indie-art-electronica-indie-synth-pop-dance-indie-alterna-pop band.