You are here: Home / consume / flicks / The Matrix Re-Reloaded?

Over the past two days, the internet of geeks has been in turmoil over the news of a potential new Matrix movie. The word “reboot” was used. 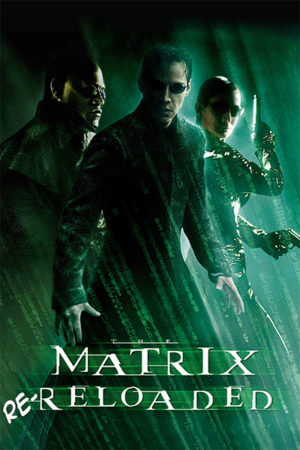 [s]ources tell The Hollywood Reporter that Warner Bros. is in the early stages of developing a relaunch of The Matrix, the iconic 1999 sci-fi movie that is considered one of the most original films in cinematic history, with Zak Penn in talks to write a treatment.

Joel Silver, who produced the original trilogy, is said to have approached Warners about the idea of mining The Matrix for a potential new film. However, Silver sold his interest in all his movies to the studio in 2012 for about $30 million, according to sources.

Predictably, most people responded with a resounding “DO NOT WANT.” For all the flaws of The Matrix‘s pair of sequels, the world-building and powerful casting of the original movies isn’t something that needs reimagining – the movies still hold up visually against new sci-fi films out in the past year!

In the past 24 hours, potential writer Zak Penn very deliberately walked back the idea of a reboot on Twitter, as recapped by Slashfilm. This was part of his response:

Do I want to see more stories set in the universe of the matrix? Yes. Because it’s a brilliant idea that generates great stories.

What interests me about that – past the total denial of a reboot – is that Penn’s answer goes to the same place my brain did when the news first broke. In fact, I didn’t even mind the idea of a reboot, as long as it wasn’t a remake.

I love The Matrix. I still remember seeing it was a gaggle of high school friends at the old SamEric theatre on Chestnut Street when it was first released. Going to the movies after school absolutely wasn’t the sort of thing we typically did, but the buzz about the movie was so massive that none of us could wait until a weekend to see it. 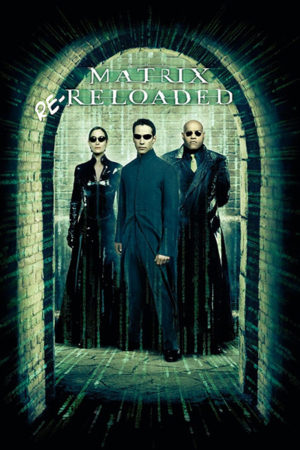 Of course, we were all completely blown away by all of it – the plot, the effects, and the style.I could not possibly tell you how many times I’ve seen it since then. In fact, E and I know the movie so well that it’s now our habit to watch it in French (a habit born on our honeymoon), as between our intermediate French skills and our near-memorization of the movie’s script we understand everything.

Yet, the thing that has kept me coming back to the film again and again isn’t the effects or the shoot-em-up sequences. For me, it’s the cyclical nature of the Matrix as explained by the Architect at the end of Matrix Reloaded.

Neo was inevitable, just as every past One was inevitable. Each unique “One” represented a code fix for the sum of all the flaws in each successive version of the Matrix. The massive system failure caused by each one was actually just the Matrix’s way of merging in new code so that it could rebooted a new version of its program with all the same inhabitants intact.

Neo was the sixth One, the sixth potential reboot, which means some iteration of what we witness in The Matrix (and it’s sequels!) has happened five times before (which doesn’t count failed Ones who weren’t up to the tax of their final code push).

It’s that which has kept me obsessed with The Matrix all of these years. Who were these past Neos? How different was the past Matrix? What glitches have been fixed over the years?

I don’t think The Matrix needs a reboot as a movie franchise. I think it needs a pre-boot. I want to see a movie like Rogue One, in that it’s a prequel that isn’t trying to disclose any world-breaking new information because we already know the entire cast is doomed.

In fact, I would likely watch five of those movies, in reverse order, by different directors, taking us back to the original Matrix, and even before that to the war with machines hinted at in The Animatrix.

Of course, the irony of these closed-loop prequels is that that would be high reward. We would learn so much about the gradual evolution of the Matrix program and also the Zion tech. We’d meet past Neos, but also past Morpheuses and Trinities, with each generation leaving behind something crucial that would become commonplace for the next.

I really hope that is the movie that Zak Penn is writing. And, if he isn’t, I hope someone else gets on it!