My best and most-interesting tweets of the last week. 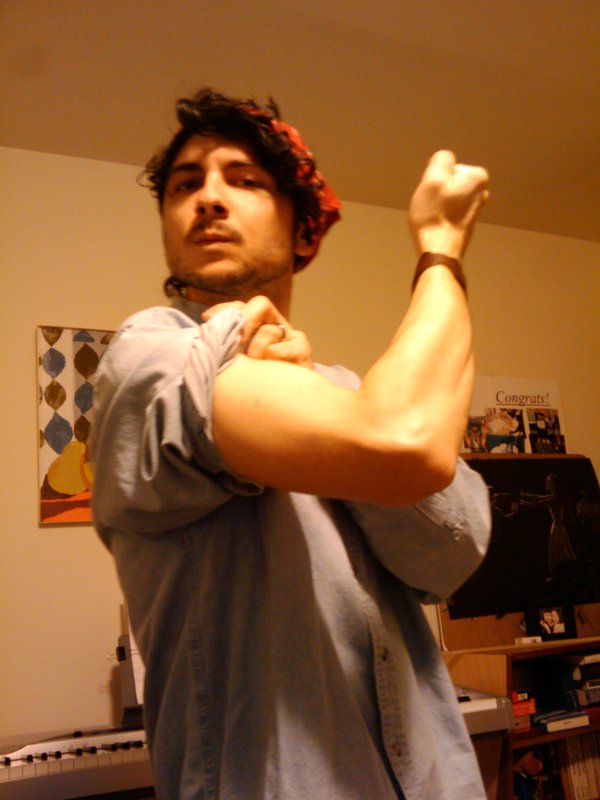 Quotes of the week:

As soon as a song hits the radio it #isplayedout. Radio is where good songs go to die, not where they can be found. #

Almost 10yrs ago I had a close internet friend in a coma. I wrote a song for her that her friend played by her bed. She WOKE UP days later. #
Did she wake up because of my song? Probably not. But my positive energy was there to greet her when her eyes opened. #

Together we're so much more powerful than cancer. We can connect the experiences of all of the survivors, families, & lovers to crush cancer #

Withering take-down of the Table-Games bill in PA by @philebrity-award winning blog The Clog: http://bit.ly/6e8qJ8 #

I apparently used two days' worth of voice last night, because I sound like a cave troll this morning. But, in a healthy, non-raspy way. #
Soon I will be like Bono and need to travel everywhere wearing a humidifying mask. #

[Re: Breeding Dragons] @anniemal Not sure about the fire-breathing, but I say we start with crocodiles and eagles and see where it takes us. in reply to anniemal #

Dear Adam Levine: You sing like a duck. Yes, a very rangey duck, but still a duck. It takes more studio magic than anyone should need to fix #

Hoping our performance of Falling Slowly tonight will be as gorgeous as this: http://bit.ly/6KitbX (I'll be playing piano!) #

Ladies & awesome-haired gentlemen, I need advice: How do I keep my perfectly curly locks safe and plump for the show on my walk? A bonnet? #
I currently look a lot like Rosie the Riveter. #
I am only showing you this because I love @drew and he said, "pics or it didn't happen" http://twitpic.com/u8luj #

B T Dubs, my hair is AMAZING – beyond expectations. I am seeking a room lit well enough to capture its amazing texture and depth on camera. #

Safely home! Involved lifting a sheet of ice as big as my torso & pushing Gina's car 30ft down the street. You know, standard Arcati Crisis. #

Wow, and here's a quote about my life: RT @laermer One man's proofreading is another's glance! in reply to laermer #

I had to trade her a future 1am Wendy's run for this trip to Avatar. Hopefully worth it. #