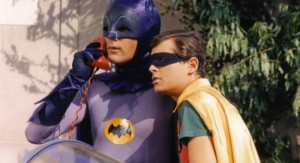 Warning: This image actually has nothing to do with the rest of this post. It just makes me giggle.

Holy continuity, Batman! Do you remember where I left off over a month ago?

In short, I had to give up my monthly comic book addiction to fuel my constant need to be online, which brought with it Real-Time Strategy games like Warcraft & Starcraft. Static characters on a page couldn’t hold a candle to tiny sprites with their own hit points and attributes. 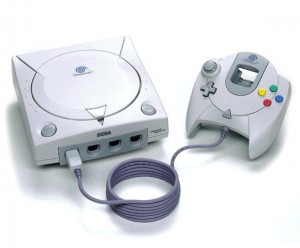 Oh, Sega Dreamcast. We had such good times. I will remember you. Will you remember me? Don’t let your life pass you by. Weep not for the memories.

Then idle gamer-me met college. With unlimited bandwidth and nearly unlimited time, Freshman year Peter kept playing Starcraft solo, but added shooters like Unreal and Rogue Spear to his repertoire, playing with his (okay, enough: my) roommate Kenny and the gang from Shafted.org. I got addicted to in-browser games, particularly the deeply strategic Archmage.

I even got into console gaming, playing endless rounds of Madden 2k on Kenny’s Dreamcast. 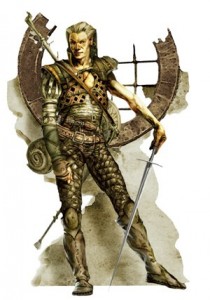 Actually, our college D&D sessions represented a major milestone for me - I RPed a male character!

Then the utopia of free time, free games, and free T1 internet came to an abrupt halt. Sophomore year found me working to pay for my apartment and with a single meager line of dial-up and a teeny 13-inch television with no console. It also found me starting a blog and finally scraping together the money for a nicer guitar.

The result? The Peter who dug comic books and video games evaporated completely long before I turned 21. Elise never met him, aside from a weekly night of Dungeons & Dragons and some in-browser gaming.

Any attention and cash I had left to spare after class and E went to my burgeoning collection of songs – both by other people and by me – and concert tickets, when I could afford them.

I really thought geek-Peter was completely dead and gone. That is, until graduation…

To find out how that happened next, you… well, you don’t have to do anything. I need to write at least two more entries of this transcribed oral history of geekdom. And, hey, let’s not forget that the impetus of this entire thing was my best-in-class Guide to Collecting X-Men Comics as Trade Paperbacks. As of today I am officially caught up to 2010 in X-Continuity!