You are here: Home / consume / books / National something something Month

This is the fifth year I’ve claimed to participate in National Blog Posting Month AKA NaBloPoMo, and the third time I’ve failed at it.

In 2007 when I failed I got engaged. In 2009 I failed less spectacularly, but wrote an EP of new songs I’ve been playing ever since.

This year I wrote another EP of songs!

Behold this dancing monkey as he informs you that I wrote a frigging novel.

Yes, if you’ve been keeping up with the tiny graphic on the sidebar or my endless authorial ramblings on the Twitters, you would know that I’ve been hard at daily work on a novel for National Novel Writing Month AKA NaNoWriMo, which charges you with penning 50,000 words of fictional first draft in 30 days – 1,667 a day.

I found myself 10k words in the hole a day after Thanksgiving, but I was less worried about making up the missed words than I was that my natural stopping point in the story wouldn’t carry me past the 50k mark. However, last night the final chapter of my plot just kept going and going across 8+ hours of writing until I finally finished it at 4,500 words (9% of the entire book, at this first draft stage), sobbing on my couch at 2:30am with 50,227 words.

Then I plugged the whole thing into NaNoWriMo’s word counter, which counted me about 1k short. I expected that, since my counts have always been about 2% short when I use the website, but I was secretly hoping that it would resolve itself magically when I submitted my final text.

Luckily, I’ve had a clear-as-a-bell vision of an epilogue for a week now, and I spent the hour deliberately dashing it off in one solid peal of writing to qualify for the official 50k mark on the site without having to make any serious expansions to the rest of the text, aside from a quick reread of the final chapter to catch obvious errors (come on, this is me, there’s no such thing as ‘no editing’).

There’s been a fair amount of polemic against NaNoWriMo, claiming it generates wasted time, false hope, and bad manuscripts. Well, sure. But, dudes, I wrote a book – actually, just a third of the entire story I want to tell, but still weighing in at roughly 243 paperback pages even in first draft.

I’ve always had the ability to write, and the intent to write, but this is still my single longest piece of actual, non-hypothetical, well-past the outline stages fictional writing by a factor of at least three (even as CK has swelled to over a million words – 20 NaNoWriMos worth of text).

So, was it a waste of time? Maybe. Isn’t everything? Why do I blog or play music? Why do people who I look down my nose at for watching television watch television every night? We all have our reasons.

What matters this weary morning is that last night I finally finished the first draft of book I’ve been conceiving and reconcieving since I was riding the 2 bus in 7th grade. Not only did I finish a first draft, I finished one of my current five big goals in life (having already taken a pass on having abs in 2010), and NaNoWriMo helped to inspire that.

So, my thoughts on National Novel Writing Month? In a word? 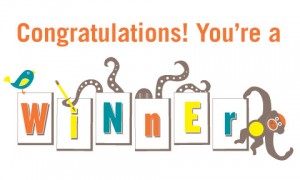 PS: Many of you have kindly and without any regard for your own time or sanity asked to read some form of this novel. I absolutely will be posting an excerpt sometime soon, but not the entire thing as, theoretically, it is just a third of said entire thing, which means I have as many as 100k words left to write, as this was never really plotted as a standalone piece.

Of course, neither was A New Hope, so there is some precedent for this sort of thing. (Not that I’m comparing it to Star Wars.)

Fear not. The end goal is definitely to serialize the entire thing in some form here on CK, possibly as a podcast or graphic novel. (Do you like to draw, animate, and/or photograph such things? Because I don’t. So leave me a comment.)

In short, ask me again after I get more than three consecutive hours of sleep.