Sharon Van Etten’s Epic is a slight, seven-song album that doesn’t have to rely on hip production or endless hooks to make an impact. 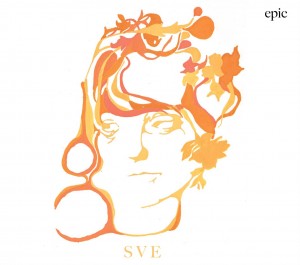 Why? Because Van Etten is a substantial songwriter, and her seven songs are damned good. She’s also a sure singer. Her voice is both weathered and pretty, a kissing cousin to Florence and the Machine (especially on closer “Love More”).

Van Etten has the gift of writing compact songs with distinct melodies and the imagination to be a singer-songwriter without always sounding the same. Opener “A Crime” is plain and acoustic, but “Peace Signs” is straight up indie-rock, recalling Emma Pollock. “Save Yourself” veers country with accents of slide guitar. “DsharpG” is dirge-like, vocals ebbing and flowing across humming organ. “One Day” starts Liz Phair plaintive, but accelerates to modern folk similar to the Watson Twins with its constant sigh of underneath harmony.

The best song in the strong septet may be “Don’t Do It.” It slithers around genres, a throbbing bass transforming an acoustic strummer into an anthem of songwriter-stadium-rock.

Epic might not feature the length or scope suggested by its title, but in a year filled with that sort of monolithic album Sharon Van Etten’s LP of finely-crafted songs is a welcome entry.