There’ll be no more hemming and hawing – here are my recommended albums of 2010. I just have to get it out 50 days sooner next year :)

Thanks to my friend Melissa W. for inspiring/encouraging this endeavor, and for all of my office-mates for enduring my many rounds of listening ;) 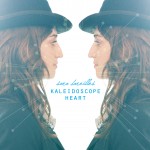 1. Sara Bareilles – Kaleidoscope Heart. A gleeful, big-voiced, piano-pop record not unlike what I expected from Kelly Clarkson fresh off of Idol. (full review)

2. The Black Keys – Brothers. Turns basic two-man blues stomp into a sonic wet cement that will fill up your ears and harden to stone, never to exit. (full review)

3. Robyn – Body Talk. Prickly-tongued dance pop that picks up directly where Cyndi Lauper left off with She’s So Unusual, both in voice and coquettish feminism. 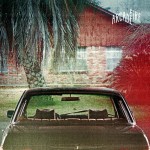 5. The Bird & The Bee – Interpreting the Masters Volume 1: A Tribute to Daryl Hall and John Oates. Transcends “carefully crafted tribute” to become a valuable reimagining of these classic songs. (full review)

6. Sia – We Are Born. Send a Britney Spears CD back in time along with an emotionally-unhinged, unintelligible cyborg lady from the future, both to the attention of the disco band at your local club; enjoy the results.

7. Corinne Bailey Rae – The Sea. A riveting, jazz-tinged journey to the bottom of the ocean, where an intent to drown transforms into a raison d’etre. (full review)

8. The Roots – How I Got Over. A pinnacle of hand-crafted hip hop, merging sure-handed classic soul with introspective and uplifting rhymes. 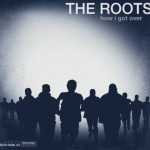 10a. Menomena – Mines. Found sound rockers take over for the waylaid Kings of Leon as the best back-to-basics rockers in America, sans basics.

10b. Blitzen Trapper – Destroyer of the Void. A fantasy land where Neil Young continued adding his “Y” to the acronyms of ever more classic rock acts after ditching Crosby and company.

10c. Hindi Zahra – Handmade. I spit “world music” like a curse because it never means this but it really ought to – international influences brought to bear on finely crafted pop songs.

Keep reading for 32 More Recommended Albums of 2010 (in alphabetical order by artist).

Joel Alme – Waiting for the Bells. Bacharach-era orchestral pop is hard to come by anymore; Alme does it with a Spanish tint (odd, as he’s Swedish).

Best Coast – Crazy for You. Wears Phil Spector reverb-drenched girl-group swagger like a an army uniform.

Chief – Modern Rituals. The sort of plaintive, tuneful stunner I expected from Grizzly Bear or Snow Patrol before they both got so stuck up in their respective ways.

Chikita Violenta – TRE3S. (still thinking of something pithy – ask @amanda_nan what she thinks)

Circa Survive – Blue Sky Noise. Surprisingly more melodic than its hard-edged single suggested, it outdoes all recent androgynous men of modern rock at least as far back as Wheatus.

Elvis Costello – National Ransom. A musical wheel of fortune, bristling with memorable melodies that no legacy act has a right to be wielding so far into their careers.

Far – At Night We Live. Everything good about modern rock radio, all on one album – you know, that thing Weezer forgot how to do. (full review)

Foals – Total Life Forever. Tuneful and intricate as only Euro-indie rock can be.

Frightened Rabbit – The Winter of Mixed Drinks. An icy Scottish beach of rock.

Gigi – Maintenant. A rare 60s-obsessed pastiche that remembers how good the singles were.

Patty Griffin – Downtown Church. Who knew it would take a trip to church to put the bite back in a Griffin record? It’s a fine thing.

Land of Talk – Cloak and Cipher. Finally turns down the noise to reveal a fine female-fronted heavy-lidded rock back in the proud tradition of Garbage, but more organic.

Jónsi – Go. Unintelligible distilled happiness, in peals of blips and falsetto squeals – if only it was sold by the bottle.

Lissie – Catching a Tiger. A refreshing blast of alterna-pop in the vein of Natalie Imbruglia- Lissie’s earthy voice is delightfully real and unprocessed, over instruments that eschews synthesizers for tangible guitars and bass.

Imelda May – Mayhem. 50s-era rockabilly (think Wanda Jackson?) with none of the vintage production trappings, delivered with a raunchy croon.

Minus the Bear – Omni. I had no idea this band was a sexy, indie take on Maroon 5. Lesson learned.

Tame Impala – Innerspeaker. I have been conditioned to expect stuttering incoherent nonsense from modern acts that covet psychedelia, and was pleased to be disappointed.

Two Door Cinema Club – Tourist History. Brisk, polished indie-pop existing in a Bermuda Triangle formed between Vampire Weekend, Owl City, anWe Are Scientists – but no so precious as that implies.

Sharon Van Etten – Epic. Seven songs from a weathered and pretty voice, none of which sound like each other. (full review)

Rufus Wainwright – All Days Are Nights: Songs for Lulu. Rufus and a piano, plain and unfettered, manages to lose the off-putting edge and gains a welcome classical sheen. (full review)

The Watson Twins – Talking to You, Talking to Me. Folk-pop with harmony and a dark, sharp edge.

The Weepies – Be My Thrill. Cloying, cheerful pop-folk melodies so distinct that it’s often easy to forget that a band is playing beneath them.

The Young Veins – Take a Vacation. Not enough people imitate early-middle Beatles, and hardly any do it this well.