Keeping track of what we play is a key to getting better, faster … so why do we all avoid doing it?

Every musician wants to improve their craft. That’s why we take lessons, play scales, and rehearse! If there was a secret to saving valuable hours of rehearsal time, we’d all want to know it.

The secret isn’t a secret at all, because the answer is quite simple: write it down. 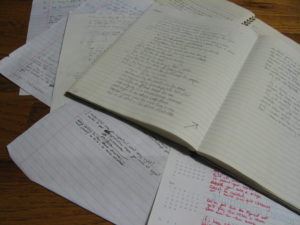 My songs were scattered across multiple notebooks and sheets of loose paper until 2006, when I organized them into a single database. Fifteen years later you can barely read the penciled lyrics in my 90s notebook.

There is no substitute for having a written record of lyrics, chords, and performance notes on how you play a song. It will help you remember your songs and can lock in all the little touches you’ve added over time.

“But,” you might protest, “I do write things down. I’ve got a notebook of lyrics, plus some files on my laptop, plus loose paper where I’ve jotted down ideas.”

That’s not what I’m talking about. “Write it down” means more than scribbling chords out on cocktail napkins. It’s about being organized.

Whether you’re a casual cover-singer or a full-time musician, your time is finite. Time spent hunting down lyrics or trying to remember a chord change is time better spent rehearsing or booking gigs.

“But,” you interrupt, “I remember everything! Writing it down sounds like a bigger waste of time than playing from memory.”

I thought that too – and I even had most of my lyrics written down! However, around song 200 I discovered I was forgetting how to play my songs from the mid-90s. Also, I always had to re-engineer lyrics changes and guitar solos. 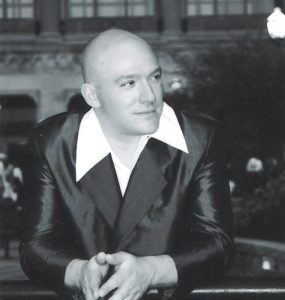 Philly singer-songwriter Chris Huff wields a repertoire of 800+ cover songs – and you better believe he doesn’t have them all memorized! He relies on six massive binders full of songs.

For an even more epic example, I turned to local singer-songwriter and covers guru Chris Huff, who can field mega multi-hours-long covers gigs all by his lonesome:

[In 2005] I attempted to write out a song list of every song I knew. I got up to 400, it took me a few hours, and I gave up because I was tired of typing. Some are in my head, some I use [my] song binder for. Mostly I remember chords, but if I don’t play a song for a few weeks sometimes the words will drift away.

There are certain songs tattooed on my brain that I’ll never forget and others that I have learned because they are songs “everybody likes.” It’s the ones everybody likes that don’t necessarily mean anything to me that I need the words for. Screwing up the lyrics to “American Pie” at a wedding reception isn’t good for tips.

I do practice with the words in front of me and try to wean myself off of the page,  because ultimately you want to have an emotional connection to the music and the audience for everything to work. That’s hard to do when you are busy reading.

Moral? Your memory can only get you so far. Trust Huff (who is now up to 800+ covers) and I (currently wrangling nearly 300 originals) – without being organized we wouldn’t even know the titles of our songs, let alone all of the lyrics and chords.

How To Do It

Decide. How are you most likely to stay organized? The method of a plugged-in gadget geek will be different than a paper-loving pen-and-pad devotee.

Collect. Gather your various notes on songs into a single place. Put physical notes into a shoebox; email scattered files to a single address. If you play a lot of songs from memory, start jotting them down after you rehearse them.

Sort. Organize your new pile of songs in a way that’s meaningful to you. Alphabetical order or chronological? Should covers and originals be separate? Maybe you’d prefer to have them organized by key!

Input. Choose the format of your permanent collection – it could be a notebook, a binder, or files on your iPad! Then, enter all your songs. This will take a while, but hang in there – and don’t take shortcuts! This is your chance to get everything down perfectly.

Rehearse. Once you’ve created your central archive, use it to rehearse from once or twice. You might find some corrections to make, or things you missed.

Store & Backup. Make sure your new archive is unloseable. If it’s in hard copy, find a secure, permanent place for it in your home or practice space. If it’s electronic, back it up.

Maintain. Whether it’s every time you learn a song or once a month, make sure you don’t wind up with another collection of scattered notes.  If you work out a new song on a cocktail napkin or the back of a receipt, simply log it into your central archive before you lose it.

I hope getting organized is as big a help to you as it was to me – it made a huge difference in quality of my performances and the size of my repertoire.

In my next column I’ll talk about taking that organization to the next level – creating consistent lead sheets of your most-performed songs.