Here’s a recap of the newest X-Men hardcover and trade paperback collected editions from the blogger who owns almost every one ever published! Let me tell you, that’s a lot of collected comics!

Since this is my first column, I’m going to recap new releases from the whole month of July. Whether you’re a major X-Fan or a casual reader, I’ll tell you what’s worth picking up. If you have any questions, just let me know – I own the vast majority of these books, and I’m happy to help.

This is a supplement to my Definitive Guide to Collection X-Men in Graphic Novels, which tells you how you can buy any X-issue ever printed. Ever. But if you’re new to X-Men in comics form, you should read my recent Intro to X-Men (on a budget) post. 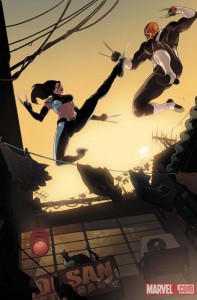 CK Says: Buy it! This hardcover has some heft to it in both page count and story, and it doesn’t require a lot of prior knowledge to enjoy. It introduces Wolverine’s amoral, bisexual, illegitimate, villainous offspring Daken to the criminal underworld of Madripoor. Meanwhile, Wolverine’s increasingly-less amoral, teenage, female clone X-23 and her chaperone Gambit wind up on Madripoor’s shores as well, hunting a connection to the Weapon X program.

The result? Much blood and claws, huge explosions, Daken doing his typical double- and triple-crossing, and some truly sumptuous art. (Also available for pre-order as a TPB)

What other books came out in the July, including a fan-favorite Wolverine book I consider a “must-skip”? 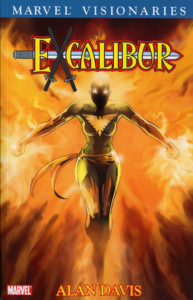 CK Says: Consider it. Classic Excalibur writer/artist Alan Davis hit his stride in his prior two Visionaries editions, but these stories from the end of his run are still strong – if a little more wacky than standard X-fare. Featuring a quintessential cast of Captain Britan, Meggan, Nightcrawler, Shadowcat, and Rachel Summers, plus Davis’s indelible artwork. (Be warned, the production quality here is slightly decreased from previous editions – particularly, the paper is not as glossy.)

CK Says: Consider it. The Marvel Masterworks TPBs are outstanding quality reproductions of Marvel classics, but if you like the present-day X-Men the hijinks of the Original 5 (Cyclops, Jean Grey, Beast, Iceman, and Angel), might come as a slightly corny surprise to you. This group of issues bridges from the Stan Lee classics to the more psychedelic portion of the original run. They introduce a lot of forgettable villains (and Banshee!) with no Magneto in sight. However, if you enjoy Silver Age comics, these Roy Thomas scripts will likely delight. 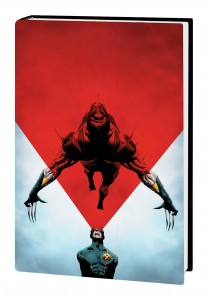 CK Says: Skip it. Jason Aaron is a fan favorite, but you’ll see no plaudits here. This is Wolverine for the Chuck Palahniuk set – stories full of conveniently contrived “surprising” resolutions comprised of ultra-bloody cliches. Issue 5.1 is a toss-away tale that stretches 35 years of Wolverine canon to near break-point, while #6-9 recaps an ultimately pointless battle between Wolverine and the X-Men that spends a lot of time in the “edgy” corners of Wolverine’s brain, courtesy of Emma Frost. Now that I’m through bashing it, I must confess: the art is grand!  (Also available for pre-order as a TPB)

CK Says: Skip it. X-Factor has one of the best-written X-series since 2006, but this is its first inessential collection since Secret Invasion. That’s mostly because there’s no overarching story here – just a series of middling one-shots followed by a brief enjoyable arc of the crew acting as bodyguards for Spider-Man’s J. Jonah Jameson. Major players include Multiple Man, Darwin, and Monet. Aside from the shocking final panel, you can start #220 without any knowledge of this. Art duties rotate throughout – Italian newcoming Emanuela Lupacchino is the best of the bunch, on the JJJ arc.  (Also available for pre-order as a TPB) 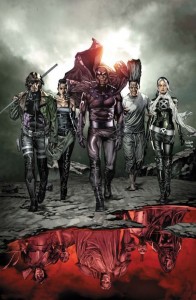 CK Says: Consider it. There are no big battles in this volume. Instead, Aftermath presents the emotional fallout of being an X-Man in the wake of those fights for survival. The collection straddles the recent Age of X alternate reality, offering three issues prior (effectively a Second Coming epilogue) and two issues following up. Every issue includes plenty of Rogue and Magneto, the effective title characters of Legacy. Mike Carey continues to be the X-scribe most obsessed with continuity and using a wide cast of characters.  (Also available for pre-order as a TPB)

CK Says: Consider it. This is a cinematic-sized story with an unusual small core cast of X-Men. A quartet of X is inadvertently trapped in the outer-space-like Negative Zone, including X-commander Cyclops, cantankerous stalwart Namor, supposed mutant-messiah Hope, and acid-tongued science officer Dr. Nemesis. Though the tale is ultimately forgettable, all four get plenty to do, as does original-flavor Captain America Steve Rogers in an utterly gorgeous chapter from artist Ibraim Roberson. Otherwise, the art trends towards cartoonish, but James Asmus’s story is much fun.

Other X-books out last month: 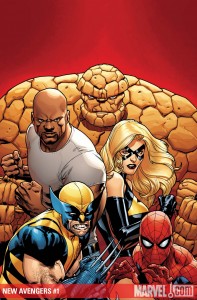