I seem to have a magnetic, animal attraction to strangers with monstrous personalities.

Not in a sexual way. No, this is a totally platonic urge to toss myself into the maw of a crazy person to be shredded by the sharp teeth of their personality. 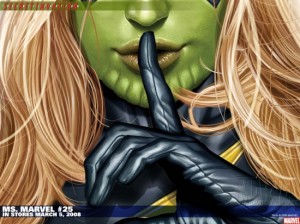 I will always choose the most terrifying, egomaniacal person to pair with given any group of relative strangers that needs to break into smaller groups. It doesn’t matter whether it’s for conversation or to board an amusement park ride – I will select the monster.

I apparently have a deep-seated urge to spend time in the company of sociopaths. I want to impale myself on the pointy bits of their psyche.

I’m trying to figure out why I keep doing this to myself. Is it a masochistic tendency? Do I get off on defending myself against these beasts?

Am I a Monster Hag? Like, is my inner OCD Godzilla looking for long term companionship with someone else’s terrifying personality traits? Do I feel like I am a monster who needs to wrangle with my own kind, like grown men on a movie set dressed in massive rubber suits.

Worse: Am I that monster? 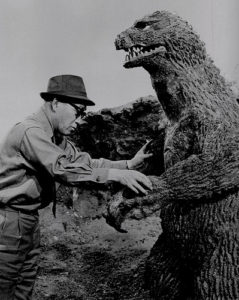 I don’t think so. I certainly hope not. I might like to talk about myself, but I also have the journalistic urge to know more about other people, which hopefully tones down my horror as a chat partner.

I think it’s more likely that I see the potential for me to be a loudmouth in a pairing with someone slightly retiring, so I try to pick the one person in a crowd of strangers who seems more gregarious than me. Why have us both dominate conversation with someone else when we can banter loudly with each other? It’s just like dinner with my Italian family!

Except, I’m gregarious on limited topics. I don’t, to draw from a recent actual example, open conversation with a stranger with, “I think I know how we can fix all of your problems.”

What I forget is that my friends who can maintain conversational gambits with me, interrupting back and forth, are all (mostly) sane, (mostly) rational actors in life.

They are not monsters. Even my loudest, craziest friends did not start out as these disaster-movie drop-outs. No good can come of connecting with them.

The next time I get to pick my own social poison I am going with the opposite of my gut. If there is a loudmouth hand-raiser with crazy eyes, I am making a bee-line for the shy one with the nice smile.

It’s for their own safety, as much as it is for mine.

What about you? Do you find yourself facing off against conversation monsters? What is your exit strategy?

(PS: This post was drafted as “that girl is a monster,” but I didn’t want anyone to get the wrong idea. However, feel free to listen to Lady Gaga singing “Monster” now that you’ve read it.)