You are here: Home / consume / Crushing On / #MusicMonday: “Trip To Your Heart” – Britney Spears

This is a little embarrassing. Let me try to explain.

I’ve been really into synthesizer pop lately, because Studio Krisis has come into possession of a new synth and it’s not a language I speak fluently.

I am also working my way through roughly 1,700 songs from 2011 that I acquired in December.

Okay, enough excuses: this post is really about a Britney Spears song. I think it is awesome.

There, I’ve said it.


(Hear “Trip to Your Heart” on YouTube or buy the song on Amazon.)

Two weeks ago E and I were lounging in our hotel room in Las Vegas between adventures when this came on my iPod. I looked up from my book. “This is really good,” I said. E nodded behind her book. When the song began to wind down I reached beside me and clicked back to the beginning without looking at the title or artist. 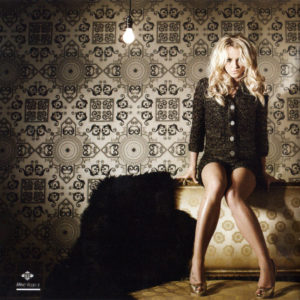 After two listens I picked up my iPod, curious to know who the singer was. It had a sort of UK pop sound to it, but also reminded me of the electric lounge of The Bird and The Bee or even The Cardigans.

Imagine my surprise to discover the singer: Britney Spears.

Let’s be clear here – I love pop music, but I do not like Britney Spears. In fact, 2011’s Femme Fatale is the only LP of hers I even own (mostly because we dance to a couple of the songs in Zumba).

This is mostly because she generally does not sing very well on record, and if you don’t sing well and you don’t write your own songs I don’t really get the point of you existing as an artist. At that point your face is just an ad campaign for someone else’s beats.

“Trip To Your Heart” disproves that theory, to a degree. She sounds lovely on it in a higher register I didn’t even know she had. Sure, she probably has a super-computer’s worth of digital processing tuning her up. She always has that, yet many of her other vocals still sound like hell.

Britney or not, if you like dreamy synth-pop with a good beat, this song is for you.