You are here: Home / Personal / topics / thoughts / Sing me to sleep, Scully

I talk a big talk about my avoidance of television. Friends trumpet their favorite new shows, and I gladly ignore them. 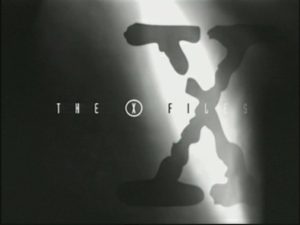 My life is already so exciting and hilarious, see, that I don’t need situation comedies and crime thrillers to insert hilarity and excitement.

Except, lately that a bit of a lie. It has come to my attention that Netflix Streaming has added The X-Files to its extensive repertoire. And while I may be safe from the temptation most new television has to offer, I cannot resist forty-two minutes spent with my friends Mulder and Scully.

(What’s amusing about this is that we have the seven seasons of X-Files on DVD sitting just beside the television, but am I watching those DVDs? No. I am too lazy to load them into the DVD player. I would rather watch a stream.)

At this point I have this shit memorized. Every re-watch is like seven seasons of Rocky Horror Picture Show talkbacks (“You’re a backhoe!”) and Top Ten Lists. (Top Ten Times Mulder Screams “SCULLY!”) 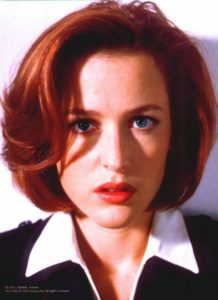 So, every night – usually just after dinner or rehearsal – I say to E, “Let’s watch an episode.” (Top Ten Times Scully Shoots a Perp (or Mulder)) And we do. It’s great. It ends with my lying somewhat prone on the couch, carefully prodding at my laptop

This is where we enter the danger zone. I cannot stay awake for two consecutive episodes of TV I have already seen and possibly memorized while lying somewhat prone on the couch.

And so I allow my eyes to drift closed, spirited towards fitful rest by the dulcet tones of Agent Scully.

It has got to stop.