The eventual baby is really starting to have its own personality – or at least one that we’ve ascribed to it – while still in belly.

Maybe that’s because it’s so obviously a unique unit from E now. There are parts of it pressed assymmetrically against one side, practically screaming, “I am not your wife’s biology; I am sentient and sovereign.”

So we have stories. Stories about its kicks and throttles, its hiccups and turns. We’ve done that very criminal parental thing that I despise, anthropomorphizing a living thing that is just a simple fetus. It turns out, I just cannot help it.

This makes me happy and certain about not finding out the sex of our offspring. For the first four or five months the first question people asked was “Was it planned?” (which: unless you are my bestie best friend (which many of you are; this is the internet), that is such a gross and overly familiar question and I cannot believe you asked it), and then like flipping a switch it became, “Will/Do you know the sex?”

Let’s lay this out. People want to know the sex so they can build a narrative on the behalf of your unborn child. They do not have the benefit of unlimited belly time that you or your partner(s) have to make up all those little stories, so they are grasping at a straw. 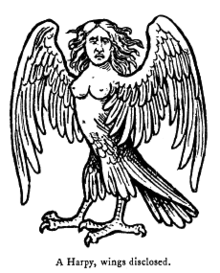 A few months ago I sat in a meeting where a man just as pregnant as me (that is to say, not at all, but with a wife as far along as E) revealed he was expecting a girl. I watched as harpies bearing weather-beaten cliches descended from every direction, their sagging breasts flopping in the air.

(That’s not a dig at their actual breasts. I’m just working the harpies metaphor.)

“Girls are so precious.”

“Better to have a girl first. Boys are so difficult.”

It was then I learned the true meaning of the phrase, “I’m so angry I could spit.” The harpies kept unspooling their stories. The dreaded “princess” was wielded. Not one tale was about how smart and capable his little girl would be, how strong and bold.  Nope. This wee four-month old fetus would be cute, loving, and submissive, as all girls are and should be.

Excuse me, I’m going to spit right now. I Invite you to do the same.

After careful consideration, I have decided to be okay with becoming that standard parent who makes up his own in uetero narratives, because I know that my narratives will always be unique.