You are here: Home / consume / comic books / An Epilogue to The New 52 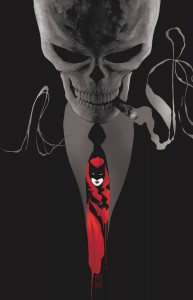 Here lies the epilogue to my grand experiment of reading DC Comics’ 52 new titles when they launched two years ago this month – and a tiny lesson on customer lifetime value.

Not coincidentally, Batwoman is one of just two DC ongoings I am still reading (the other is Animal Man).

Mmany outlets tried to make the big story of the walkout that DC Comics ordained that we would never get to see the titular character – a lesbian – marry her new fiancee Detective Maggie Sawyer on panel. Given DC’s dalliance earlier this year with anti-gay champion Orson Scott Card writing a Superman story, many (not just comics) news outlets slanted their stories that the Williams walk-out adds more fuel to a fire of DC’s low opinion of GBLT characters and fans.

That may have yielded some extra hits and comments, but that’s not the real story behind the sudden resignation. If you read into Williams & Blackman’s statement, you’ll see the real issue is that DC won’t commit to a story for long enough that they can build up to it – which is exactly why I went from reading 52 title two years ago to 1 as of next month:

Unfortunately, in recent months, DC has asked us to alter or completely discard many long-standing storylines in ways that we feel compromise the character and the series. We were told to ditch plans for Killer Croc’s origins; forced to drastically alter the original ending of our current arc, which would have defined Batwoman’s heroic future in bold new ways; and, most crushingly, prohibited from ever showing Kate and Maggie actually getting married. All of these editorial decisions came at the last minute, and always after a year or more of planning and plotting on our end. 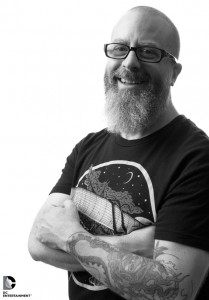 While the final straw was the fizzled marriage plot, it was the ongoing interference that broke the camel’s back. Hints of this were visible over three months ago, when Williams tweeted his disappointment in his longstanding Killer Croc plans getting co-opted for another writer to write a one-shot of the character for Villains’ Month.

DC relaunched their entire publishing line to try to establish new (or: bigger) buying habits with a wider group of readers, of whom I was one. I read all 52 books in September 2011, and at least 26 of them that October. I was really excited to see so many distinct stories and new characters, and I would have gladly kept up with many of them.

However, one-by-one, my favorites got picked off – Resurrection Man and Frankenstein to low sales, Stormwatch to a complete reboot, Birds of Prey and Demon Knights to creator changes, and Batwing to a new direction. It seemed like the only books I enjoyed were the offbeat ones no one loved, or the books DC was certain needed a big change.

Note the distinct lack of their core superhero IP on that list; I largely disliked the first story of this books, with a few exceptions (Flash, Batgirl, Green Lantern Corps). And, even if I adored them, it wouldn’t matter – hardly a single book has survived past twenty issues with a consistent writer/plotter aside from Scott Snyder directing Batman, Gail Simone on Batgirl, and Brian Azzarello on Wonder Woman. (Superteam Buccellato and Manpul just announced they are leaving Flash.)

The end result is that I went from reading 52 DC comics 24 months ago to just 1 as of next month. DC’s reboot won them my money and attention in the short term, but my lifetime value as a customer grew less and less as I dropped books, and now will continue to accumulate only a measly $2.99 per month. They lost me in the long-game of increasing revenue.

Meanwhile, in that same time period Marvel has grown my readership from just X-books to all but two books in their entire publishing line of main continuity stories. They have me reading characters I am an avowed non-fan of – like Thor, Hulk, Hawkeye, Daredevil, and Captain America – just on the strength of the creators and the bold stories being told. I’m happy to commit to that because even when creators change during a run the story direction tends to be largely preserved. My the slope of my cumulative lifetime value line keeps getting steeper and steeper. I’m about as valuable of a customer as they can have – traditionally known as a Marvel Zombie.

I’m just one customer, but I have to believe there’s a greater trend to be found in that example.

Is there a common moral to be found for DC comics between Williams walk-out and my trailing off? I’d say the stories are one and the same – DC doesn’t have faith in their creators to tell stories. That isn’t about characters getting married – Marvel only boasts one major marriage in their line. It’s about telling interesting stories that evolve but never distinctly end.