Today I launched a long-awaited guide especially for Patrons of Crushing Krisis – The Definitive Scarlet Witch Collecting Guide and Reading Order! This guide was their top pick in a Patrons’ Choice poll for April. 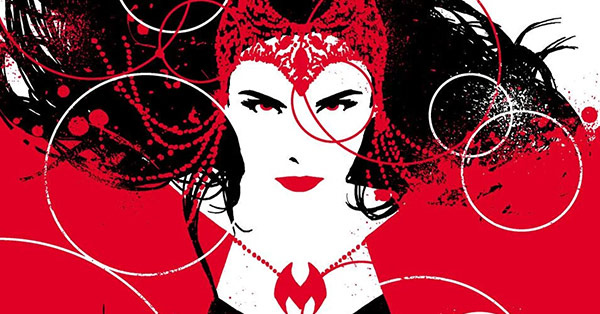 This guide covers Wanda Maximoff’s entire chronological Marvel history, including every single appearance from her debut as a villain in X-Men #4 to joining The Avengers in Avengers #16 to her later romance with Vision, breakdown in “Avengers Disassembled,” return in Children’s Crusade, and – finally – a 15-issue Scarlet Witch solo series in 2016-17.

Even with her mid-2000s hiatus from comics, Scarlet Witch’s Avengers membership accounts for nearly 45 years out of the Avengers’ 54 years as a franchise – making her one of the longest-running, most-permanent heroes on the team’s roster. It’s only in the course of the past decade that it isn’t a truism that Wanda would be appearing somewhere in the Avengers line-up, and recently it seems she can be expected to co-anchor Uncanny Avengers along with Rogue.

Want access to this guide? Patrons’ Choice guides get picked from a pool of pages I’m not planning to work on for many months, so this one isn’t scheduled for released to the public anytime soon! But, you can be reading it tomorrow in exchange for covering $1.99 a month of CK’s hosting expenses.

Previous Post: « Fan-Casting RuPaul’s Drag Race All Stars Season 4
Next Post: Song of the Day: “Look What You Made Me Do” – Scott Bradlee’s Postmodern Jukebox featuring Kenton Chen »