Gina and I played an Arcati Crisis set at Collingswood 2nd Saturday this weekend – an outdoor gig singing on the street to folks exploring the restaurants and events on Haddon Ave.

By any objective measure, it was a good gig. We played for almost two solid hours, we drew crowds of passers-by multiple times, we gave away half of our CDs, and we even reaped a significant amount of donations from our pseudo-busking! 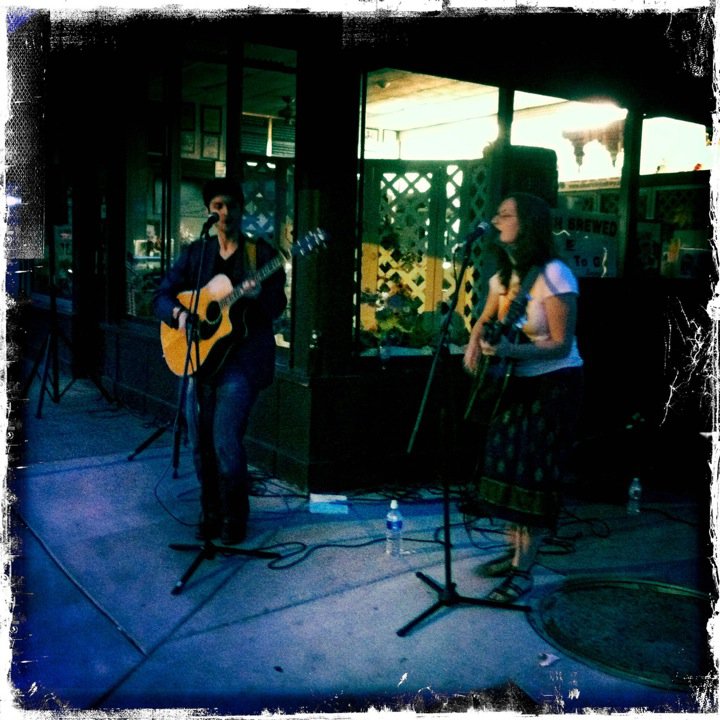 However, subjectively the gig sucked. I was angsty from the start when the band before us ran over a bit. I didn’t feel like our mics were balanced, and I couldn’t hear my guitar. I broke a string that’s only two weeks old in the middle of “Video Killed the Radio Star.” I was distracted when donations started to blow out of Gina’s guitar case. I completely forgot any semblance of chords to “Standing.” I lost the roadmap on “Hungerstrike.” I was a measure behind on the bridge of “Moscow, Idaho.”

In my musical life I have my off moments and flubbed changes, but I never miss entrances or get out of sync. I just don’t. Yet on Saturday I was so out of sorts that I literally stopped our set halfway through to play a solo song in a desperate attempt to regain my focus.

This morning I wrote Gina an email, partially stating:

My head was just in a completely other place, and I could not get completely centered again. It was really unprofessional and I feel shitty about it.

Then I stopped by my colleague Jay’s cube, and the first thing he said was:

You were really awesome on Saturday.

And, you know what? I don’t think it was just Jay who felt that. I feel like we got more smiles and complements during the set on Saturday than we’ve ever had at that sort of background music gig ever before.

I suppose there’s something to that reckless abandon of messing up and and moving on. A decade ago I was more apt to say “art is in the imperfections,” but now I prefer to deliver the same perfect performance every single time.

Decade-ago Peter would ask me, “What’s the point of that?”