I don’t know any way to start this but to confess that I haven’t really liked mainstream R&B for years.

It’s not a deep-seated dislike. I loved R&B in the 80s and early 90s. I loved it when it was adjacent to pop but distinctly different, still wielding inescapable, soul-shredding melodies, sung soulfully over a bed of tangled guitars, synthesizers, and drums. 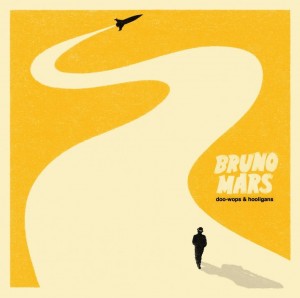 At a point it just got boring to me – a hollow parody devoid of melodic revelation, rotely programmed and immediately ready for remixing and rapper guest spots.

But this isn’t a history of or tirade against R&B. It’s just a frame for why I honestly like Bruno Mars and his Doo-Wops & Hooligans. It’s at once disarmingly simple and undoubtedly calculated, and altogether it’s a R&B/pop crossover smash.

I first listened to the album out of obligation – it was a record a friend pressed onto me at a party.

Well, “Grenade” blasted me out of that mindset in one play, walking across the Schuylkill towards 30th Street Station on a blustery day this fall.

“Grenade” is an incredibly shrewd opening track. It starts so minimally that you are helplessly focused on the vocals, so that even when the thrumming tom drums join the song at the chorus you are still transfixed by the singing like a beacon in darkness. To his credit, Bruno Mars attacks every “bullet straight through my brain” pinnacle with a rocker’s glee, as if it was the hook in an Aerosmith song.

The subtle genius of “Grenade” is not solely that it’s an amazing song (oh, and it surely is). It’s not just that it’s both an obsessive love song and a blunt kissoff.

No, the true smarts is that it’s so easily upstaged by what Bruno Mars has in store for the rest of the album. In the same way “Grenade” starts subtle with its naked vocal and then baits and switches, the album as a whole plays a game of peekaboo from song to song, stringing you along its compact 10 tracks before you realize you’re still listening. 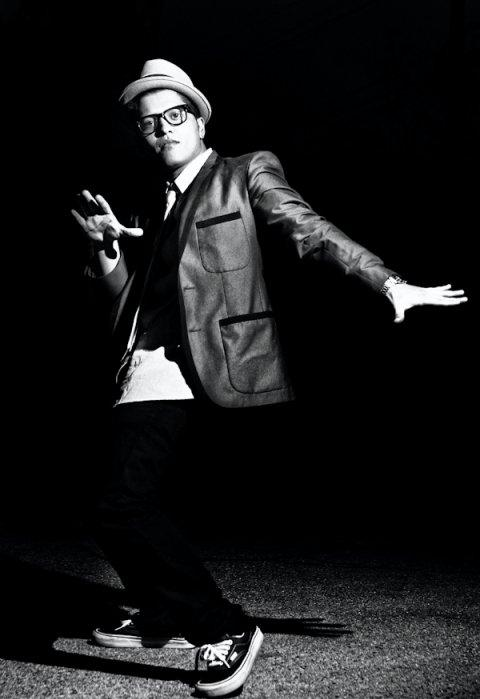 Bruno Mars bobs and weaves between obstinate melodies and obnoxiously obvious hooks. He disguises textbook-worthy songwriting chops behind exuberant tenor vocals. He juggles production between R&B trope, glimmering pop, and Jason Mraz lighthearted guitar, never choosing a side. It all comes off as extremely calculated – a game of transporting a listener through the album without the slightest disturbance.

I love that drama and playfulness. It’s something I don’t always know where to find in popular music.

Yes, sometimes it gets a little too playful. “The Lazy Song” crosses the line to silly for me. It’s a charming-but-lackluster retread of the superior “Billionaire,” co-written by Mars. “Liquor Store Blues” seems to be similar one-note playfulness, but it winds up like a R&B cover of a secret Sublime track – you’re laughing with it instead of at it.

The upstaging moments are many. “Count On Me” is a Mraz-style slam dunk. It’s stupidly simple, with counting lyrics screaming for a Sesame Street cover and a deadly wordless jump into falsetto. “Runaway Baby” is a 60s go-go dancing smash that Cee Lo could have destroyed, but here it’s content in its less overt Austin Powers shagadelicness.

Both “Marry You” and “Just the Way You Are” are utter rainbows of pop magic – unbashed love songs so super-sweet that they should come with a toothbrush. Could anyone singer actually be so enamored with their subject? Or, are both songs the transparent come-on of a masterful player? To his credit, Mars delivers each unflinchingly straight, and why shouldn’t he – is there any compliment better than “I think I wanna marry you,” other than “you’re amazing, just the way you are?”

Billy Joel didn’t think so, and neither do I. Yet, however great “Way You Are” is, “Marry You” might be the slightly more impressive construct of the two. Its dead-simple melody harkens back to the doo-wop name-checked by the album title.

There is a also piano power-ballad (“Talking to the Moon”), a song with famous guests (“The Other Side”), and a standard bedroom croon on “Our First Time.” The latter seems a bit embarrassing, but embarrassing honesty is part of the selling point of this album. This is not a philandering “I’m Gonna Sex You Up” booty call. I mean, geeze, the prechorus “Is that alright? Is that okay?” Even with the “clothes are not required” verse it’s still a pretty oversensitive song about fucking.

I don’t care. Doo-Wops and Hooligans is a confection and a riddle, a lollipop and a musical Rubik’s cube of genres and influences. It will leave you sticky and befuddled, grinning and wanting more.