The Sea is a record that’s hard not to read into. Singer-songwriter Corinne Bailey Rae was working on the unenviable task of following up her ocean- and genre-crossing self-titled smash debut when her saxophonist husband died from an accidental overdose in 2008. 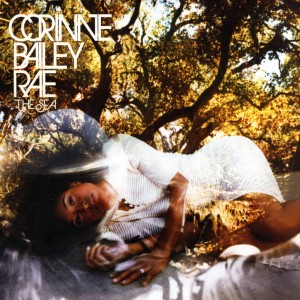 The resulting record is visceral and arresting, a snapshot of a shattered heart, still heavy, dragging its owner beneath waves.

The Sea offers an emotional landscape that extends far beyond immediate grief. It rages and bargains, sometimes calm, sometimes churning. Opener “Are You Here” tries to recall the image of a distant lover, every verse ending with a wounded, plaintive call of “Are you here? Are you here, cause my heart recalls, and feels the same.” Her cooed vocals sometimes sound like they won’t resolve into words at all, neither there nor on “I’d Do It All Again,” a slowly-built ballad that wells up into a single extended organ-filled crescendo.

The record has a fantastic quiet-to-loud ratio. Bailey Rae was a punk-rocker in UK before her cooing pop breakout, and that heavier urge is brought to bear on this record. Throbbing synth bass raves up the end of “Love’s On It’s Way,” the refrains of “Diving For Hearts” thrum with energy, and “The Blackest Lily” is her heaviest song yet – not on guitar squall, but with an energetic rhythm-section stomp and unleashed vocal power previously unheard. 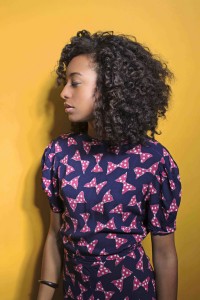 The jazz-tinged R&B of Bailey Rae’s debut is still present, but shattered to pieces. “Feels Like the First Time” hints at the effervescent hits like “Trouble Sleeping,” but adds a throbbing, aerobic bass and a high tinkly of piano that echos the hook, but sounds like a shredded version of the Psycho riff.

The simplest, most-cheerful singles here are “Paris Nights / New York Mornings” and “Closer.” “Paris / New York” is light French pop in the model of her debut, but “Closer” a seductive classic that’s more pointed than “Put Your Records On” or “Like a Star.” The crystalline, optimistic chanteuse of the debut album has matured into a woman with more curves.

“Diving for Hearts” is the sound of the waves crashing above her head as she wills herself to drown below her throb of sorrow. “I longed for you like the lovesick moon pulls the tide,” she sighs, “so I peeled off my skin, I just slipped right, and I become alive.” She wallows in the cool numbness of drowning her emotion, wondering “Was it emotion or should I keep on diving down? Under this ocean I long to keep on diving until my heart is found.”

The Sea struggles against a sorrowful undertow that Corinne Bailey Rae might disappear into, never to reemerge. Yet, even in the darkest moments her joy shines through – joy in the memory of her lost lover, and a newly found joy in life. This might not be the follow-up she meant to make, but it’s a powerful testament to the strength of her songwriting and her limber, expressive vocals.