You are here: Home / Personal / off-topics / people / elise / Lies Adults Tell Because They’re True (or: I’ll sleep on the floor and like it)

As I grow older I am starting to realize that all of the annoying things that adults told me when I was younger were not the baldfaced lies and emotional blackmail that I assumed them to be at the time, but simply the rules of the world viewed through the lens of someone whose body incrementally decays with every passing moment, drawing them nearer and nearer to death. 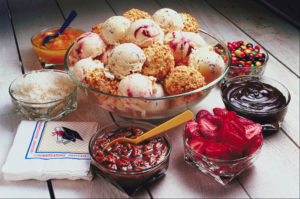 My answer will NEVER be "no." Never.

While my recent birthday might put me firmly on the side of the slowly dying, I’m hoping using my blog as a reference point can keep my attitude eternally young so I don’t turn into a curmudgeonly old person. For example, now eating too much ice cream or candy makes my stomach upset, but that was never true for the first 27 or 28 years of my life. It was a lie old people told me. I know not to try to impress this fact of my old-person life onto a ten year old enjoying the chocolate carnage of Halloween or the unbidden joy of an all-you-can-eat sundae bar.

I bring this up not because of the impending holiday of chocolate sacrifice, but because of sleep. I never used to need very much of it. Three hours served me just as well as twelve. Presently, I require seven hours and fifteen minutes a night or I will be the grumpmaster the next day. Note that this excludes eight hours, or even nine hours. We’re talking about an exact science. Oversleeping is just as bad as a restless night.

In an attempt to abet my adult habit of fruitful sleep, I have recently campaigned for us to buy a new mattress. The one we’ve been sleeping on just passed its ninth birthday, and over the course of our five homes in those nine years its coils have given up the will the live. When I sit on it, the area around me dips to half its height. Sleeping on it – or, rather, in it – requires several pillows inserted around my body as wedges and cantilevers, and is generally a miserable experience. 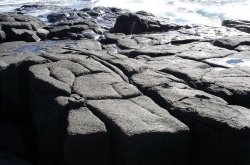 Thus, times when I absolutely require quality sleep, I wil abscond from the bedroom to our trusty Ikea futon, which has all the give of a cinderblock and imbues me with the energy of my much younger self when I arise the next morning.

This is what lead us to the Great Mattress Shopping Adventure Slash Possibly Catastrophic Money-Pit of 2011 two weekends ago.

I was convinced I wanted a firm mattress, but refused to simply buy an Ikea futon pad as our permanent mattress. That would be declassé. I am through with Ikea. I want expensive, non-modular, fugly, adult furniture that is three times as much money and comes blessedly pre-assembled.

Deep in the bowels of a King of Prussia department store (which, FYI, in my life is utterly synonymous as a scene setting to “fourth or fifth circle of hell”) we discovered their mattress area.

This was mistake number one – why were we in a department store instead of… gee, I don’t know… A MATTRESS STORE?

Then, I committed a second error, uttering the following sentence: “I’d love the firmest possible mattress. Given the choice, I sleep on the floor.”

I quickly discovered that, as with any boutique industry, the more specialized your kink, the more it costs to get you off. I wanted floor, and he would give me glorious floor – glorious, expensive, mattress-shaped floor that had all the features and benefits of sleeping on the floor except for the possibility of getting your clothes snagged on a stray carpet staple. 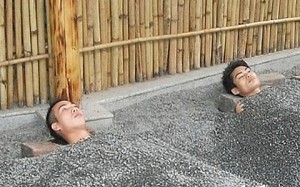 I stole this from a travel blog. I have to admit, it looks sort of awesome - but that's not the kind of thing you should ever admit to a mattress salesmen, or they will get you on a "ditch filled with sharp pebbles" model.

Why mattress companies are making high end beds that emulate the floor I could never tell you. Anyone who can afford these mattresses can afford and probably possesses a mattress-shaped area of floor that they could sleep on, unless they are so fancy that their mattress is suspended in mid-air, possibly by some sort of anti-gravity ray.

That would be a very valid reason to buy a floor-like mattress. Sometimes you yearn for simpler things.

E and I do not have that problem. We have lots of gravity, and lots of floors that our gravity makes it very easy to appreciate. Yet, we bought the second very firm bed we sat on. To my credit, after we selected it I insisted that we walk around the mall (or, “fiery inferno”) and sit and/or lay on several other surfaces before coming back to the department store to initiate a transaction. I did not want to be the one to later complain about our major purchase which MAJOR PERSONAL DISCLOSURE I always am, unless I had the chance to research it for several months on the internet and it has never received a seemingly valid 1-star review on Amazon.

Nay, not this time.

Said mattress arrived at our house on Saturday, ahead of schedule. When first I sat on it and its firmness bruised my supple cheeks, I proclaimed it good.

Then I tried to sleep on it that night.

You know the downsides of sleeping on the floor? Like, if you turn on your side your hip grinds to dust against the ground as an entire half of your body falls asleep? This mattress has all of those features, too. Like I said, everything but the carpet staples. An example of E enjoying a firm sleeping surface. I can neither confirm or deny if she is passed out drunk.

Basically, the mattress is for two kinds people at opposite ends of the sleep spectrum: those who fall asleep intent and motionless, flat on their backs, and those who collapse limp and facedown, like a drunk college student. I’ve never been a back sleeper, yet while I may no longer be in college or especially drunk at any given time, I still sleep the sleep of the dead drunk at least half of the time. In that half of the time our new floor-board style of mattress is highly satisfactory.

The rest of the time, not so much. Also, it never occurred to me that the department store version of the mattress had been prodded by people and jumped on by children for months. It did not represent a Day 0 version of the mattress. I would have to work it like a mound of clay or a block of unyielding marble in order to get it to the state of older, carpeted floor boards that have a little give and some weak spots. Fresh out of the plastic bag its consistency was more like “kitchen tile,” or perhaps “cement floor of a prison cell.” 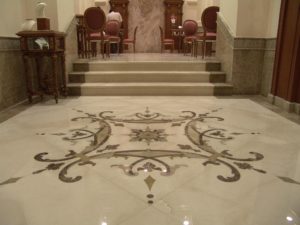 Nowhere in the product catalog for this mattress do the words “gentle embrace” appear.

Two nights later, let’s say I am not married to the happiest woman on Earth.

Yet, I remain dedicated. I am certain I can wear the mattress down to an acceptably firm sleeping surface. We have sixty days to break it in before the manufacturer will accept that we don’t like it and take it back, but I refuse to admit defeat.

Why not? Because I am stubborn? Sure. Because I do yearn for a floor-like sleeping surface? That too.

Yet, one of those reasons is surely that when I was a kid I loved falling asleep on the floor, and adults would needle me: “Don’t you want to go to bed? It’s much more comfortable.” And, even if my slowly dying body now needs much more sleep every night, I refuse to admit that I am so old and decrepit that I require a pillow-top mattress for quality rest. My bones are not yet quite so brittle.

I will take a pass on that Halloween candy, though.