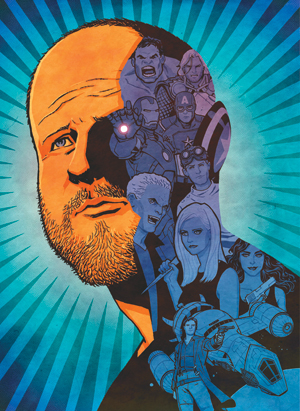 From GQ, illustrated by Cliff Chiang

Marvel’s The Avengers opens tonight in the US, and by all critic and audience accounts (having opened abroad last week) it is one of the most enjoyable comic book movies ever made.

That comes as no surprise to me – it was written and directed by Joss Whedon.

For all of you about to say, “Oh, I love Joss Whedon!” please allow me to share my Whedon Credibility, which will trump all of y’alls’:

I made my father take me to see Buffy the Vampire Slayer in the movie theatre when I was ten years old, because I loved vampires. Then, in 1997 when I saw that Buffy would be a mid-season replacement in TV Guide I saved the issue and checked the WB’s schedule religiously each week until the show appeared. I never missed an episode until I left for college.

As one of the 1% of Joss’s oldest fans, I am incredibly happy he is about to become the director of one of the top five highest-grossing debut weekend films of all time. He deserves it. He is a freaking genius, and it would benefit the entire world if he was given enough respect, money, and autonomy to make whatever art he wants to make whenever he wants to make it for the next several decades.

There is no amount of over-exposed he can get that will annoy me. I will always love him, even though I stormed out of the theatre when we saw Serenity screaming that I would never watch anything of his ever again.

He also gives outstanding interview, and the first-ever big screen comic book crossover movie is yielding what is sure to be the biggest haul of Whedon sit-downs in the entire past and future of this timeline.

GQ: I ask him if there’s some validation to getting The Avengers, at long last—if he felt like his early work had opened up a door that, until now, he himself never got to walk through.

“That’s a really beautiful thing to say,” he says, and pauses for a second, stares at his lap, processing. “I’m kind of a little bit—I, a little bit, feel that way. I didn’t, really, until you said it, but now I totally do.”
…
So he goes in and pitches [his pre-Nolan vision for Batman]. He’s on fire, practically shaking. “And the executive was looking at me like I was Agent Smith made of numbers. He wasn’t seeing me at all. And I was driving back to work, and I was like, ‘Why did I do that? Why did I get so invested in that Batman story? How much more evidence do I need that the machine doesn’t care about my vision? And I got back to work and got a phone call that Firefly was cancelled. And I was like, ‘It was a rhetorical question! It was not actually a request! Come on!'” 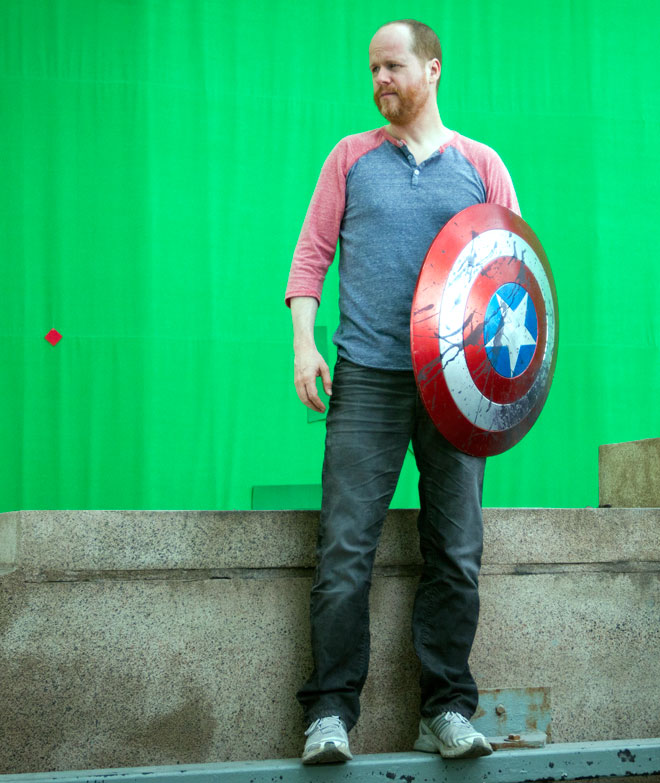 Forbes: “The Dark Knight,” for me, has the same problem that every other “Batman” movie has. It’s not about Batman. I think Heath Ledger is just phenomenal and the character of the Joker is beautifully written. He has a particular philosophy that he carries throughout the movie. He has one of the best bad guy schemes. Bad guy schemes are actually very hard to come up with. I love his movie, but I always feel like Batman gets short shrift. In “Batman Begins,” the pathological, unbalanced, needy, scary person in the movie is Batman. That’s what every “Batman” movie should be.
…
I have one particular theme, and it ties in with what I was talking about with the corporations, and that’s helplessness. The empowerment of someone who’s helpless. And that has everything to do with how I feel about myself. Buffy was a pretty blond girl of whom nothing was expected, who didn’t try very hard at anything, and then suddenly became the most powerful person around — that theme, whether it’s empowerment or the discovery that one is powerless, that drives everything I do.

But, this one was most epic in length and scope…

Wired: I mean [Dollhouse is] potentially the most offensive show in the history of television. And to me it’s also the most pure feminist and empowering statement I ever made. It’s somebody building themselves from nothing. As has been told in legend and is actually true, I thought of it because I was having lunch with [Dollhouse star] Eliza [Dushku], and she was talking about what everybody expected from her. “Well, these people say I should be this, and these people say I should be that.” And I was like, oh, click, that’s the show. And I know what the name is. And when I know the name, that’s usually a bad sign. I literally went home and said to my wife, “Honey, I accidentally created a Fox show.”

And one of the things that we talked about at that lunch, one of the things that was the mainstay of the show, was sex. It was about how people relate to each other sexually, what they want from each other sexually, what they want from each other romantically, how these two things are interlinked and how they’re separate. The show was on some level supposed to be a celebration of human perversion, because perversion, like obsession, is the thing that makes people passionate and interesting and worthy. And people who are nothing, like Echo and the other dolls, are learning to be someone. And part of learning to be someone is learning to be someone that nobody else wants to be. Eliza said, “I want to explore sexuality. Not just wear sexy outfits,” although she’s like, “I would like to do that too.”
…
It may be that I’m not as invested. But I guess the thing that I want to say about fandom is that it’s the closest thing to religion there is that isn’t actually religion. The love of something and what it’s trying to accomplish or mean are usually very separate. The people who are like, “Well you can’t do it. That staircase was seven steps, not five.” They totally missed the point of this. When I first met the comic book writer Brian Michael Bendis, we were talking about comics and he told me his favorite letter was, “Daredevil would never say that. Die. Die. Why can’t you just die?”

And Bendis can’t, by the way. Sunlight, stake through the heart, beheading, he won’t die. He’s actually very powerful.