You are here: Home / Personal / off-topics / family / on naming a baby

A seeming eternity ago (really only about nine-and-a-half months), I set out my initial rules for baby-naming. Essentially, that there had to be good evidence that we would only occasionally meet another baby named that same thing ad that the name was not some random noun – like a fruit or cardinal direction.

As with almost every collaborative aspect of our pregnancy (and, so far, our child-rearing), this was easier in concept than in execution.

Boys names were not so difficult, once we got down the basics. Nothing monosyllabic, and preferably with three. Nothing too biblical or All-American, but nothing too new and trendy. I was fixated on “Sebastian” for a while, because as a kid I would never have even heard the name save for The NeverEnding Story. However, our research on Baby Name Wizard (which quickly became my favorite site due to its excellent data visualizations) (and this was before I went to work at a data visualization company) told me the name had peaked in 2012 near #50 after a steady climb since around the time The NeverEnding Story was released.

Eventually we found a name from Greek myth we both adored, and the matter was settled. If only the girl side of things had been so easy to resolve. 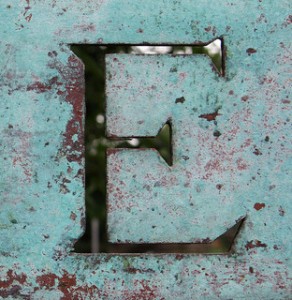 You see, I always had a hypothetical rule about girl names for my hypothetical eventual offspring. In my mother’s family, all the women have had E-names. My mother, her mother, and her mother’s mother too. In fact, a few months ago I asked my mom to poke around the more wizened members of my family and she came back reporting even my great-great-grandmother had an E name.

(I asked her if she had been aware of this -would I have had an E name, if I were a girl? – and she said it had never really come up. Yet, in looking at my maternal family tree there are tons of E names. It’s not like it’s an Italian thing, either, because many of the names were Americanized and my paternal, equally-Italian family has no E-names to speak of. All coincidence? This X-Files fan thinks not.)

Clearly, an eventual Ms. Baby Krisis would have to have an E name, if only I could convince my hypothetical eventual wife of the importance of this (unintentional?) tradition.

Then I married E – really, the first E-named girl I had ever even seriously fancied. So, game over, end of story, E-name settled upon – right?

Not necessarily. First, E wasn’t strictly wild about the E-theme. That aside, there are only so many E names, and some of them are just too mega-popular to even consider under my rules. The essential Elizabeth? I can’t even count how many of them I know! The enchanting Emma and Emily? Each in the top ten. My personal favorite, the elegant Ella? Recently crested at number six! Even the enduring Evelyn was on the rise.

E effusively trumpeted the excellence of Euphemia, but I thought it sounded elderly. Anyway, I had something more elfin or ethereal in mind. We both enjoyed Eponine – which embodies both of those qualities – but with the emergent success of Les Miserables we did not want to become unintentional participants in a sudden trend.

Finally, we settled upon a name. Another Greek one, actually, although we both agreed it also sounded a bit French. It was unusual, but not made up, and beyond rare. Even Google had a hard time coming up with good examples of it on pages in English, and it had a seemingly endless number of nicknames tucked inside of it.

We agreed this name was our first choice, so long as our hypothetical daughter didn’t simply look its complete opposite. Yet, it was a little tricky to say and to spell. I wanted to try it out on people, but we had each sworn to secrecy on the baby first-name front, so I couldn’t even say it out loud outside the house! I just kept looking it at it spelled out on our baby name spreadsheet and having misgivings. I wanted something unique and memorable, but I was afraid of picking a bullying magnet by mistake. I briefly tried to back out, but E held me fast – we had decided together. I could at least wait to see the baby before having misgivings.

As with many things baby, life decided the answer for us. When she emerged from the womb all wailing and purple, I felt instantly that we had the right name for our baby – somehow both strong and delicate at once, never fragile. Yet, everything was so busy with the weighing and measuring and Apgar scores (8, by the way, on account of her being so purple) that it wasn’t until the next day when one of our wonderful midwives visited and asked that we realized neither of us had actually spoken the name out loud since the birth.

We said it to her, tentatively, as if asking permission to name a human being that name. She nodded her head and said, “That’s lovely.”

So it was decided.