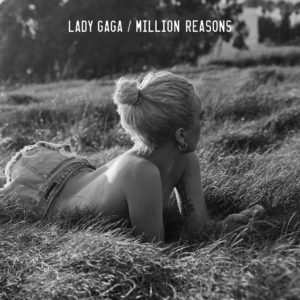 I’ll be dissecting Joanne song by song every day until November, which will bring a monster month of daily music and comics content with it.

“Million Reasons” isn’t a country song or a pop song. It’s not an anything song. It’s simply a great song. It imagines a world where Lady Gaga could topple Adele from her throne as world’s most-signature balladeer if she choose, not only because she has the pipes for it, but because she’s a damn good songwriter.

Imagine that for a moment. What if, instead of an acoustic, country-tinged pop LP, Gaga released a straight up ballads disc with just one or two upbeat tracks the way that Adele has in 21 and 25. Gaga doesn’t linger on her ballads, but they’ve all been standouts – “Brown Eyes,” “Speechless,” “Dope,” and “Till It Happens to You.”

Until this point “Speechless” was the crown jewel of that collection, a meticulously crafted classic rock song that easily references The Beatles and Elton John. It wasn’t a huge hit. Having played it many times over with Ashley (it was sort of the reason we even got together in the first place), I think that’s because it’s just too complex compared to the ballads of today. People want a simple song with repetitive chords and a simple melody, a la “Hello.”

Welcome to “A Million Reasons,” a ballad so intent on communicating its hook that it repeats it three to five times in each verse, frequently emphasized with a single plain harmony part. I was singing along with the harmony before I even hit the first chorus.

It’s dead-simple I vi IV V chord progression is as common as rain, and inverts itself for the chorus. It’s mostly built on one piano and one acoustic guitar, to the point that I hardly remember if any other instruments enter. It’s relatable – not about dope, but about just wanting to trust.

There’s barely the hint of country here, maybe in Gaga’s inflection on “if I had a highway” on the verse and “try” and “worn out” in the chorus. Mostly she sounds authentically like herself. No put on pop voice, not the monotone of “Dope” or the weird throatiness of “Speechless,” and none of the rasp of “Joanne.”

This is all her, and it’s great. It is, without question, amongst Lady Gaga’s chief achievements in songwriting, if not her best.