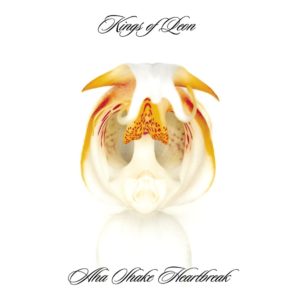 Sometimes that insular trend cuts in the opposite direction, where I am deeply and madly in love with something massively popular while convinced that I am the only one who knows about it. Note that this is distinct from “I liked them before they were cool,” and is more like, “Wait, they’re popular? I love them! Was there a memo?”

Case and point: Kings of Leon.

I can’t even tell you how I found them, other than that I added their Sophomore release Aha Shake Heartbreak to iTunes on December 23rd, 2005, nearly a year after its release. That makes me think I saw the LP on a handful of year-end critics charts – maybe from the UK, where they were a bigger hit – and picked it up out of curiosity.

Actually, I still don’t know too much about them. Just in writing this post I learned that the whole band is related! Yet, I stuck with them, buying every subsequent album until I was shocked – shocked, I tell you – to learn that “Sex on Fire” was one of the biggest songs in the country and that anyone else had any idea of who they were (let alone that there was already an “ugh, I hate that cool band” backlash against them).

Kings of Leon is pretty far outside of my typical sphere of women who rock, pop-crossover artists, and acoustic-based songwriters, especially early on before they added a U2 sheen to their Southern Rock inspired sound. I remember being really fascinated with the upbeat, dance-rock drumming on the first song on Aha Shake Heartbreak, “Slow Night, So Long,” and with Caleb Followill’s mealy-mouthed delivery. What in the world was he singing?!

The song that really cemented my love for the band was track two, “King of the Rodeo.” It had a sort of Strokes-ish indie rock sensibility to its layered clean electric guitars and the constant falling sensation thanks to emphasis on the 2 and the 3-and.

There was more of Caleb Followill’s absolutely undecipherable vocal. All I knew was that after the rapid patter part he said “let the good times roll, let the good times roll.” I thought that was the name of the song for a while. He has the same sort of “shaken up soda trying to escape the bottle” vocals that I sometimes effect (see also: Corin Tucker from Sleater-Kinney). 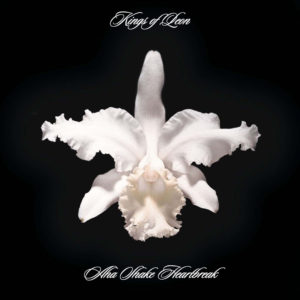 Thus, you get to join me on a special journey, dear reader – I am going to read these lyrics for the first time.

He’s so purity, a shaven and a mourning,
And standing on a Pigeon toe, in his dissarray

Straight in the picture pose,
He’s coming around to meet you

And screaming like a battle cry, its more if I stay

How dare you come to me like withnail for a favor,
Hold on not my fairy tale you’re trying to start

Take off your overcoat, you’re staying for the weekend,
And swaying like a smokey grey, a drink in the park

Good time to roll on.

Oh, good – they don’t actually make a lick of sense. I feel much better now.

I think the allure of this track for me was that there was something pure and unvarnished about it. This was still a year before Gina and I really ramped up Arcati Crisis, and to me it sounded like what I pictured an indie rock back would sound like when they were rehearsing without all the effects and production. There’s no doubt in my mind that I pulled some inspiration from early Kings of Leon songs like this for my lead lines on Gina’s Arcati Crisis tracks like “Holy Grail.”