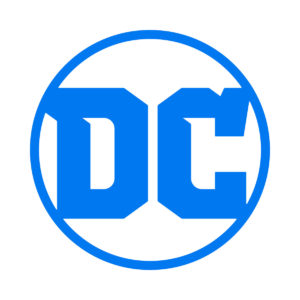 To continue this week’s DC theme, here is the lineup of collected editions from DC Comics out this month – including their first round of Rebirth collections!

(Looking for Marvel’s January releases? I covered those previously.)

One of the biggest stumbling blocks that kept me from adding DC Comics guides to Crushing Krisis was a knowledge gap – and not just about the comics stories, themselves. I know all of Marvel’s formats by heart – Masterworks, Epic Collections, Complete Collections, and more.

As I work on my 52 DC Comics Guides, I find that I have to do a lot of getting acquainted with their collected editions to understand their major reprint lines outside of Rebirth and New 52. While DC is committed to keeping their biggest stories in evergreen print, they don’t share Marvel’s philosophy that just about every major series ought to be covered in reprinted editions – their 80 and 90s reprints are more sparse, and pre-Crisis 70s and 80s reprints are reserved only for the most acclaimed of runs!

Of course, I didn’t know anything about Marvel’s formats and strategies when I began the X-Men guides in 2010 – that was kind of the point of starting them. So, I’m not going to let that stop my exploration of DC! Plus, posts like this will help both you and I keep up with DC’s newest collections until I have guide pages to cover more of their heroes!

All of the links below are to Amazon. Note that Amazon (and other mass market retailers) receive books two weeks later than direct market sellers like comic shops. Still, I find Amazon convenient for their uniform format of displaying information like contents and ISBNs. If you purchase though an Amazon link on CK I receive a minor credit as your referrer; your purchase price remains the same.

DC relaunched their comics line starting in July 2016 with a Rebirth one-shot for all of their major heroes and teams followed by news series. Many of their core heroes have books that ship twice a month, which means in just five months they’re ready for collection! For more information and a comprehensive list of Rebirth collections to come, visit the DC Comics Rebirth Guide.

Despite Rebirth launching in July of 2016, not all of DC’s New 52 era of titles ceased all at once. As a result, we’ll be seeing some trailing New 52 collections as far out as summer of 2017 – plus, new deluxe collections of the most popular New 52 material! For a comprehensive list of ever New 52 title, see the DC Comics New 52 Guide.

52 Book 2 (reprint) – Collects 52 (2006) #27-52, the second half of the weekly series covering the aftermath of Infinite Crisis, when Batman, Superman, and Wonder Woman were missing in action for an entire year in Universe. Book 1 was released last summer.

Catwoman Vol. 6: Final Jeopardy – Collects Catwoman (2002) #66-83 in the last of DC’s methodical recollections of the series (launched by Ed Brubaker, but written here by Will Pfeifer) in double-length TPBs.