You are here: Home / consume / comic books / X-23: Who she is, her best stories, and every appearance in trade reading order! 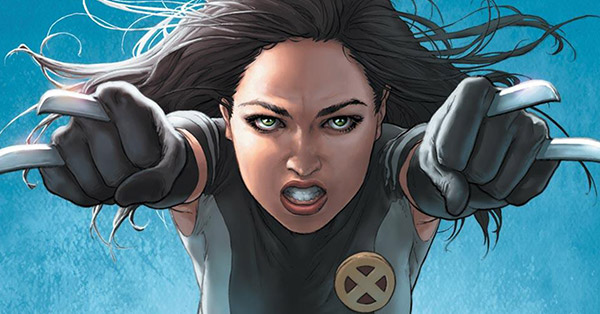 In a way, X-23 is Marvel’s Harley Quinn. No, not because she’s not a wise-cracking sidekick who became a star in her own right. It’s because she originated on a cartoon.

Harley Quinn was first introduced on Batman: The Animated Series, where she was a recurring foe. For X-23, it was the X-Men: Evolution cartoon. Like Harley, she started as an antagonist – a deadly assassin who infiltrates the X-Mansion and makes quick work of the team inside to find the man responsible for her miserable life: Wolverine.

No, Wolverine is not her absentee father. (You must be confusing her with Daken.)

She’s his clone – the first success after 22 failed attempts.

That origin carried over to the comics, but with a critical twist: the sample of Wolverine’s DNA used for the cloning process was damaged, and only the X-chromosome traits could be salvaged. To create a clone, the genetic information had to be used to fertilize an egg and create an embryo.

Thus, in the comic books, X-23 is both Wolverine’s clone and his daughter. 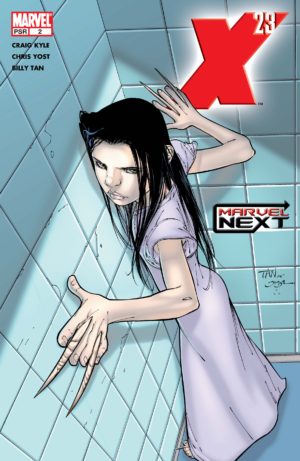 Of course, no one goes to those lengths to clone Wolverine for altruistic purposes. X-23, named Laura, is raised from birth in a loveless, violent vacuum meant to hone her skills as a future assassin. She eventually makes her creators regret their decisions in a similar fashion to Wolverine’s historic rampage in Barry Windsor Smith’s Weapon X. Yet, like her progenitor, she is a blank slate.

For Wolverine, it was due to his memories being temporarily scrambled by the process of bonding adamantium to his skeleton. For X-23, it’s because she had never known anything but her training.

(All of that backstory was introduced after X-23 debuted in an attempt by her X-Men: Evolution creators Craig Kyle and Christopher Yost to salvage her character after she was introduced as an underage mutant prostitute in the mature readers NYX, a book about insufferable mutant club kids in NYC. The less said about that, the better.)

Unlike her ubiquitous clone-father, X-23 isn’t a frequent guest star or a member of multiple teams. That means she has a streamlined set of appearances and a consistent character arc over the past 12 years. And, since those comics are recent, every one of her appearances are gathered into collected editions and they’re all on Marvel’s all-you-can-read digital service, Marvel Unlimited.

Thanks to being used sparingly, X-23 has the unique distinction of her most of her starring turns ranging from really good to effing incredible. That’s partially due to being exclusively under the pen of Kyle and Yost for her first half-decade, followed by author Marjorie Liu. Even when X-23 was a supporting character outside of the X-franchise in Avengers Academy by Christos Gage and Avengers Arena by Dennis Hopeless, they continued her arc and were eminently readable.

Where to start reading X-23

If you’re brand new to X-23 or just want to read her greatest hits, you’re in luck – Marvel has made things really simple for you. You just have to buy a pair of books that include all of her starring stories from Kyle/Yost’s retcon origin through the end of her first solo series in 2012. 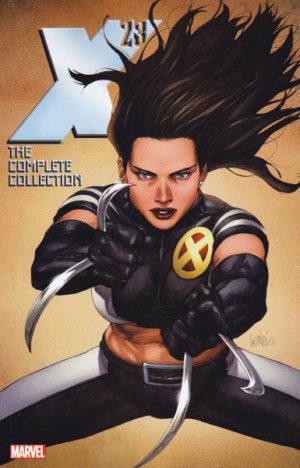 However, if you stick with those collections, you’ll be missing a critical development in X-23’s character arc – her time in X-Force, Cyclops’s secret team of mutant assassins (also written by Kyle/Yost).

While X-23 isn’t the title star of X-Force story, it shows her in her murderous element while Wolverine is conflicted about the X-Men being just as bad as her creators. It’s vital to appreciating the arc of her solo series, and the majority of it is collected in another pair of books, which are like X-23: The Complete Collection Vol. 1.98 and 1.99.

Specifically, I’d recommend the first of the pair, as it focuses heavily on Wolverine’s conflicted feelings as his adopted daughter snaps quickly back into the role of an assassin. If you enjoy it, the second volume is equally strong.

(Note that if you pick these up, you should read them before the X-23 one-shot and the first three issues of her solo ongoing series in her Complete Collection, Vol. 1.)

Where to go from there? Visit The Definitive X-23 Collecting Guide and Reading Order to learn about her time in the Avengers family of titles and decide if it seems worth a read. Avengers Arena is a superhero take on The Hunger Games, but X-23 is definitely not Katniss.

Or, just jump to her newest material, in All-New Wolverine, Volume 1: The Four Sisters. Why is X-23 now going by the name of Wolverine? It doesn’t really matter for the purposes of the story, and neither does most of what you’ll have skipped since the end of her 2010 solo series.

If you want an up-to-date version of every appearance and collection in reading order complete with summaries of all guest appearance, head straight to the guide! 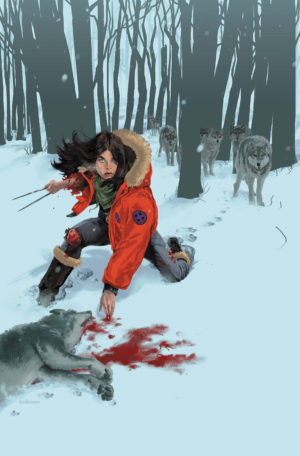 If you just want a quick trade reading order reference to guide your reading, here’s what you need to know. The stories that are critical to X-23’s arc are bolded.

Previous Post: « Song of the Day: “If You Harden On The Inside” by Hezekiah Jones
Next Post: hand me downs (or: an anthropological study of family recipes) »