You are here: Home / consume / comic books / May The Force Be With You (on your bookshelf): The Guide to Star Wars Comics & Canon

While I’m seeing the new Guardians of the Galaxy movie in the theatre tonight I couldn’t let that be my only celebration of space on Star Wars day, so I spent all last month cooking up something special for you: The Guide to Star Wars Comics, Films, Canon Stories, & Legends Comics 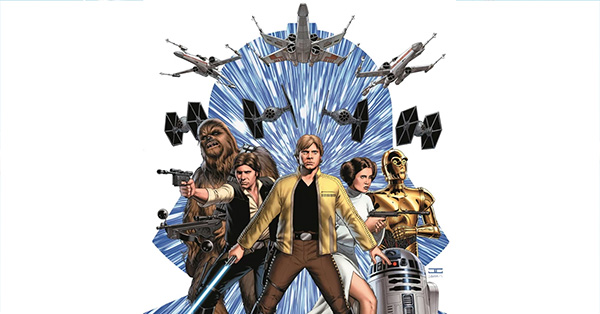 Yes, you read that right. This is not just a guide to Marvel’s comics from 2015 forward. The guide includes all of Marvel’s current Star Wars comics, a complete Star Wars canon viewing/reading order broken up by film era, and a chronology of the old Expanded Universe comics – now known as “Star Wars Legends” and collected in Epic Collections and Omnibuses. 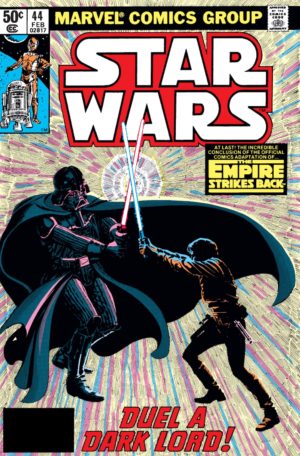 I know I’ll never approach being the biggest or most well-informed Star Wars geek on the internet, despite my enduring love for the franchise. I wanted to create a guide for other geeks like me – who love the movies and want to branch out to novels or comics, but don’t need an exhaustive encyclopedic list of the placement of every event and magazine short story.

Also, I’ve had a ton of recent conversations with other parents who wanted to show their young children Star Wars stories and had no idea there were young readers versions and Little Golden Books corresponding to every film in the series. That’s why every film page lists ALL of the major adaptions, including YA novelizations and read-along books/CD sets.

However, the biggest undertaking in the guide was the page for “Star Wars Legends.” With the help of CBR forum all-star Taral, I not only got the Marvel Epics in the right order, but mapped exactly what issues are still to come in each Epic line, plus listed where they appear in Dark Horse’s paperback omnibuses.

Taral is a walking Star Wars encyclopedia – I couldn’t have figured this out without his aid! He just started a new blog about comics, and he’s setting out to re-read ALL of the Star Wars Legends comics. He’s only two posts in so far, so please leave him comments letting him know you’re excited for him to continue:

I hope this guide can help you find the exact Star Wars stories you’re most interested in reading!

May the Force be with you!