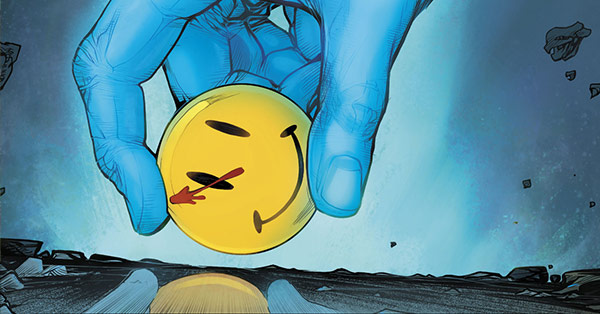 “But, Peter,” you might say, “Watchmen is only 12 issues long. How does that warrant an entire guide?

I’m so glad you asked. This guide does more than break out the many ways the original Watchmen series is collected. It also has information about the genesis of the Watchmen characters. It explains the differences between the three different cuts of the film, including one that incorporates the Tales of the Black Freighter material. It covers DC’s 2012 return to the Watchemen with Before Watchmen.

Much like my Complete Guide to Batman by Grant Morrison, this page is something I’ve always sought on the internet but never quite found. I look forward to adding more to it as the upcoming Doomsday Clock event as it unfurls.

This guide will become available to the general public in a few weeks to coincide with the release of the first issue of Doomsday Clock. Want it before then? Patrons get early access to every guide, including extended access to special Patrons’ Choice guides like Scarlet Witch.