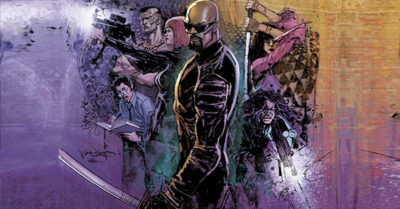 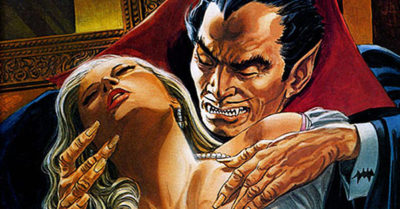 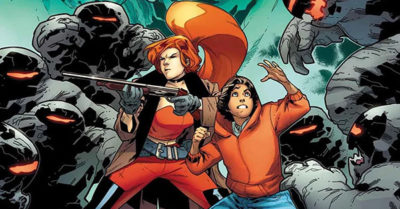 The three of these guides represent how important The Bronze Age of comics has remained to Marvel, and how that differentiates them from the distinguished competition.

Marvel’s major Silver Age creations will never truly go out of style. Sure, they’ve occasionally retired Thor or replaced Spider-Man, but there will always be at least six continuously published titles at Marvel with a Silver Age lineage – that is, characters and teams launched prior to 1970. 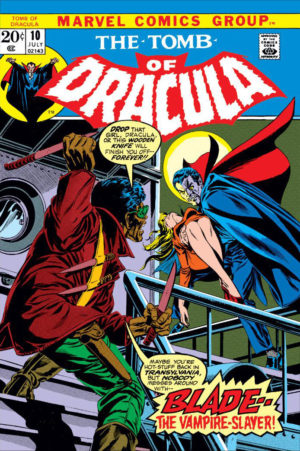 Marvel has a different relationship with its 1970s characters. All of them lead to major sales revitalization in that decade, but it felt like Marvel forgot a lot of them during the 90s. Characters like Shang-Chi, Iron Fist, and Luke Cage all had a forgotten period in the 80s before staging repeated comebacks over the years.

Blade and Dracula are both in a similar category for Marvel – huge in the 70s, and nowhere to be found in the 80s.

Dracula was a public domain character that perfectly bridged Marvel’s desires to published pulp fiction heroes and horror in the early 1970s. Of course, every good Dracula story needs a great antagonist, and in Tomb of Dracula #10 Marv Wolfman and Gene Colan created one in Blade The Vampire Hunter – himself a half-vampire!

Blade, too, was a combo of 70s Marvel tropes – with one foot in horror and the other in the blaxploitation vibe they’d master with Luke Cage. He proved so popular at first that he was taking over Tomb of Dracula, so Wolfman shelved him for a year while he banged around in anthology series.

Maybe that’s why he disappeared so readily in the 1980s, gone after a brief blip in Roger Stern’s Doctor Strange. But, that made him a virtual blank slate to be revived in Ghost Rider’s Midnight Sons line of horror heroes in the early 90s, which in turn helped to fuel the fire for a Blade movie in 1998 – the first real, modern, wide-release Marvel film!

The Blade movies (and a little-seen TV show) helped to keep Blade alive through 2006, which in turn gave Dracula a few chances to return as well. They both intersected again in 2010 in “Curse of the Mutants,” a storyline that mashed up the X-Men with vampires – two great tastes that were kinda muddy together.

Dracula underwent a major shift in that 2010 series, going from the darkly complected Eastern European lord in a cape we’re used to seeing across media to a muscled, armored warrior with a mane of long white hair. Perhaps it was a nod to the post-Twilight world of vampires, where Dracula has to be a little more imposing than a guy with a receding hairline and a cape.

Both Blade and Dracula represent one facet of Marvel’s Bronze Age properties – characters who are more flexible than their Silver Age counterparts, and who can have shorter arcs of rebirth, death, and return without fans going rabid when they disappear. 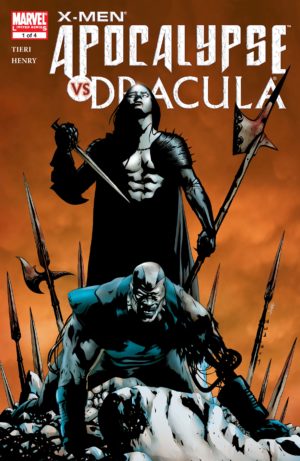 During one of Dracula’s many returns at Marvel, we hit a series called Bloodstone in 2001. It focused on the family of an obscure Marvel anthology character name Ulysses Bloodstone, probably most-known to readers because Captain America and Baron Zemo fought over his bones in “The Bloodstone Hunt.”

Ulysses had definitively died in the Bronze Age, with all further appearances as flashbacks to add more material to his story. Bloodstone followed that theme, but the material it added was to extend his family line to a daughter – Elsa Bloodstone, monster hunter.

This is the other way that Marvel mines its Bronze Age for concepts. There are plenty of short-lived characters and franchises that are ripe for reinvention.

Elsa started out as a random blonde ingenue, but was fleshed out by Warren Ellis and Stuart Immonen’s ridiculous Nextwave: Agents of Hate. While the cartoonishly violent take on characters like Monica Rambeau and Machine Man wore off after Nextwave, Elsa didn’t have an established character to return to so she never really changed back. She became the big, bold, brash, bombshell of monster hunters – and, occasionally monster cohabitators in revived 70s trademarks like Legion of Monsters and Monsters Unleashed.